Jeffree Star just released a new palette, and it is specifically a wedding palette. He said that while he didn’t know if he himself would ever have a wedding or not, that he wanted to at least give his audience the equipment to achieve the looks for their big day.

Then he immediately trolled the audience by saying, “Am I getting married to two guys? Yes, absolutely.” but that’s just classic Jeffree Star. He did a complete photoshoot with two male models as grooms which is just as over the top as you would expect for something coming out of a Jeffree Star photoshoot. For the video itself he had his hair done in classic 80’s video girl glam with a whipped up high ponytail.

There are 25 colors in the palette and they seem to vary from deep dark silver to alarming bright pink, of course there is a lot of gold and wearable neutrals in there as well, he does know what he’s doing, after all, but the really stand out shades really pop it looks like.

He says he can’t wait for people to start wearing it on their wedding days. Of course there are liquid lip colors to be included in this collection, which seem to be on the nude side, even the pinks, berries and browns seem to be in the nude range but there is some variety. This collection also includes liquid eyeshadow, a first for Jeffree Star cosmetics.

He even including an addition to his Jeffree Star Skin line in the collection and released a bright green skin serum that apparently does dry clear… good, no one wants to look like She Hulk on their wedding day. (Although that would be quite The Look. Ahem.)

He released a makeup setting spray, as well as an LED makeup mirror, and a hair towel as well as a wedding lace printed tumbler. Why a tumbler, you ask? Because you need a discreet way to hide the fact that you’re getting hammered at the wedding, and who’s going to look at a virginal, white, lace-printed tumbler? Just kidding, he says he loves tumblers but we know the real reason, right? Stay tuned!!! 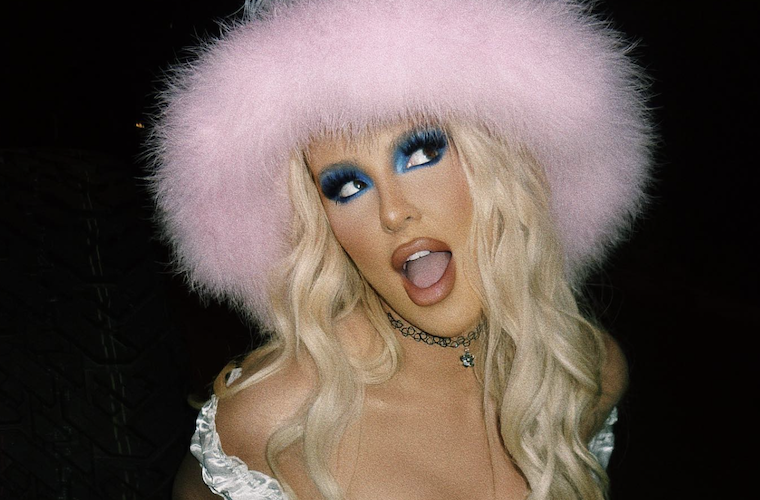