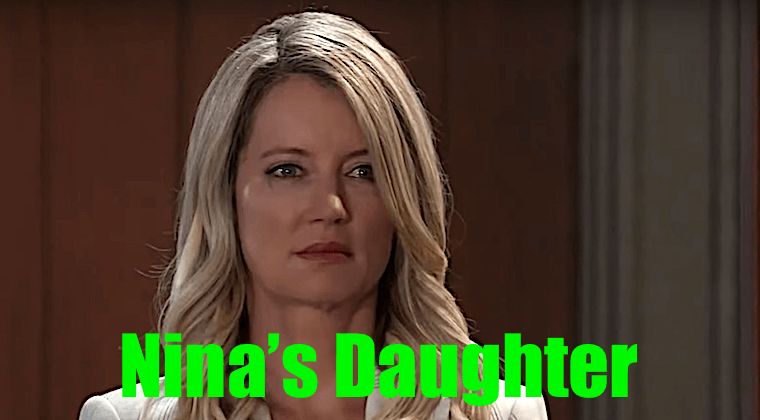 General Hospital spoilers indicates that Peter August (Wes Ramsey) is a real piece of work, the battle between Elizabeth Webber (Rebecca Herbst) and Kim Nero (Tamara Braun) is heating up, and Liesl Obrecht (Kathleen Gati) is playing the blame game. Also, Nina Reeves (Cynthia Watros) might be weakening. If you missed it, lets get to the ‘General Hospital’ spoilers.

Sam McCall (Kelly Monaco) is devastated to learn that Drew Cain’s (Billy Miller) being officially declared dead. She knew it had to be the case, but making the finding official is hitting her hard. She doesn’t know what she’s going to say to Scout, who’s now lost a brother and her father. At the very least, she’s glad that he and Oscar Nero (Garren Stitt) are together again.

Jason’s a bit suspicious of all this. He thinks it’s very odd that Drew’s plane would go down at basically the same time that Andre Maddox (Anthony Montgomery) is attacked. She agrees it’s weird timing, but the findings were bad weather caused the crash. She doesn’t see how it can actually be connected anymore.

He later notices the guy who is accusing Sam at the PCPD and thinks something is familar. He takes a picture of the guy to Andre and Andre identifies him as the one behind the attack when Andre got to Port Charles.

Elsewhere, Peter is talking to Andre. He’d asked to meet with him for a couple of reasons. One, he was wondering what information Andre might have on Anna Devane’s (Finola Hughes) whereabouts right now. He has no clue, but he is glad that Peter has referred to her as his mother. He thinks that’s a good step. He ends up promising that Peter will be called right away if any news comes his way.

The other thing Peter was curious about Frankendrew (Roger Howarth). He wonders if Andre can really get Franco Baldwin back. Andre thinks that it’s possible, but it’s not exactly a given. There’s several other much more likely outcomes. Peter asks so many questions that Andre is wondering if he’s being pumped for info. Peter claims he’s just really invested because he feels terrible about his part in this situation way back.

Peter makes another move to cover his tracks today. He hires a woman named Roz Venta (Nawal Bengholam) to represent Henderson, the guy who helped Shiloh (Coby Ryan McLaughlin) escape. She sweeps when an interview is about to start and takes charge of the room. She orders everyone out so she can talk to her client.

As soon as they’re alone, she tells Henderson not to mention any names. He assumes she’s the help their “friend” promised. She confirms. After learning he’s blamed Sam for this as he was supposed to, she pushes him to get a story straight. They end up claiming that Sam had approached him to break Shiloh out. After Shiloh’s death, he realized that she had done it to settle a score. Edward Caldwell (James MacDonald), the Fed handling Sam’s case, decides that this is enough to arrest Sam again.

Kim and Elizabeth once more fight over Frankendrew’s fate. Elizabeth is particularly catty when defending her choice to commit him when Kim thinks he has the right to decide her fate. She calls out Kim for having taking that same choice from Oscar before. Kim thinks that she made a huge mistake back then, and it almost cost her relationship with him. She is grateful that they were able to make things right before he died. She just hopes Elizabeth gets the same chance to make her mistake right.

Elsewhere, Julian Jerome (William deVry) decides to visit Frankendrew. He gives him a lot of crap about hurting Kim. He believes all he is really doing is filling the hole in Kim’s heart with something not real. Something that will eventually fall apart and leave her just as hurt as before, if not more so.

Maxie Jones (Kirsten Storms) is worried about Nina. She feels terrible about everything that happened to her recently, and is glad to see her again. Nina explains she spent the night in a neutral space to collect herself. Maxie thinks that’s reasonable, given the circumstances, but not the fact Nina might not blame Valentin (James Patrick Stuart) for this. She doesn’t care if the blackmail material was explained away, or anything else said. She believes that Valentin had something to do with this.

Liesl had spent part of the episode blaming Valentin for all of this mess. Because of his scam to get back into Nina’s good graces, she’s gotta take off. Valentin wonders if she’s basically admitting guilt by doing this, but Liesl thinks it’s a good plan. She is counting on time and distance cooling Nina off and maybe allowing her to get back into Nina’s good graces someday.

As they talk, Liesl learns that Nina’s baby really did survive and was put up for adoption. She can’t believe that he didn’t just keep searching, but he felt it would just keep being a dead end. He figured getting someone charming, nice, and who wouldn’t take advantage of Nina to pose as her daughter was the better bet. Before anyone can leave, Nina shows back up at Wyndemere.