‘General Hospital’ Spoilers: Stone Cold Is On the Case! 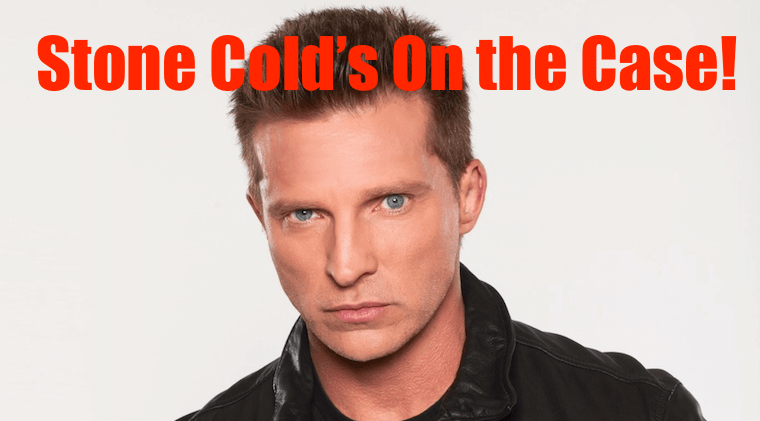 The news about Drew’s plane is traveling fast in Port Charles. Jason Morgan (Steve Burton) had stopped by Franco’s to warn him about a possible threat to him when Jason sees Monica Quartermaine (Leslie Charleson) is there. He informs them both of the accident and how Drew is believed dead. Monica is shocked and saddened at the news, but Jason decides to save his real reason for visiting Franco until after she’s gone.

He places a call to Franco after they both leave to warn him there’s reason to believe Drew and Andre Maddox (Anthony Montgomery) were intentionally attacked. If it’s related to the memory thing, as he believes, that means Franco could possibly be at risk as well. He offers protection, and Franco thanks him. Afterward, he calls to book a flight.

Elizabeth Webber (Rebecca Herbst) runs into Kim Nero (Tamara Braun) at GH. After a little small talk about how much paperwork is involved in leaving GH, as well as the typical “how are you holding up?” questions, Elizabeth confronts Kim when what Cameron Webber (William Lipton) saw. She thinks that Kim is feeding into a delusion that is going to end up doing her more harm than good.

Plus, Franco is her husband, not Kim’s. Kim counters that it’s nice to have someone acknowledge her past. All she and Drew have ever shared is the present bond (and grief) related to Oscar Nero (Garren Stitt). Later, Kim visits Franco to basically tell him the same thing Elizabeth told her—none of this is real. There would be no future here.

Julian’s still trying to wrap his mind around what he realized about Wiley’s true father. He wants Bradley to walk him through this again. Bradley Cooper explains how their real baby just suddenly stopped breathing in his crib. Bradley was devastated by this and wasn’t sure how to break the news to Lucas Jones (Ryan Carnes), who never even got to hold the child. He’d pulled over on the way to bring Wiley’s body to the hospital and broke down. That was when Nelle Benson (Chloe Lanier) came along and offered up her own baby to keep it away from the Corinthos family.

Julian thinks this was an incredible stupid move. He can’t even with Brad’s justifications over the incident and wonders why he’s not just as worried about Nelle being a threat to the secret. He truly believes Nelle will keep her mouth shut, which Julian thinks is stupid. According to Brad, though, the real threat is Liesl Obrecht (Kathleen Gati). She can get drunk at any moment and start spilling her guts. This leads to him confessing he’d tried to kill her and asking Julian to do the job. Seriously? He’s dumb enough to keep going deeper and deeper into this. Wonder how he’s going to explain this, should Wiley grow up to be a clone of his daddy…

Speaking of Michael, he catches Josslyn skipping school and wants to know what’s up. She explains that she realized she actually felt okay at school, something she feels is wrong. She even went by Oscar’s old locker a couple of times without realizing. She felt so bad about this, she couldn’t handle being there another minute. She doesn’t want to be that person who gets over something like that so fast.

Michael explains that she is. She’s a very focused, overachieving person who is strong. That doesn’t make her a bad person or anything, and not living her life doesn’t make Oscar’s short life any less unfair.

He suggests she goes to a grief support group, which Joss is resistant to. He explains that it’s really helped him process the loss of his son, and that grief is different for everyone, while also having a lot of similarities. He learned a lot from the meetings and thinks Joss would benefit. He also shares a story with her about losing it in England once when he saw some ducks and realized his child would never be able to see a duck.

Finally, learning Joss cut school leads to a problem between Sonny Corinthos and Carly. Carly believes this behavior is a sign that things are not working out with Dev Cerci (Ashton Arbab). She thinks Sonny needs to send him to a boarding school instead of constantly making Joss have to lie about Dev’s background.

Sonny thinks she’s being selfish, as Dev saved his life and they owe him. Eventually,
they come to a realization that this fight may be more about their stress and worry over the baby, and that they need each other right now. The baby will need them both as well.