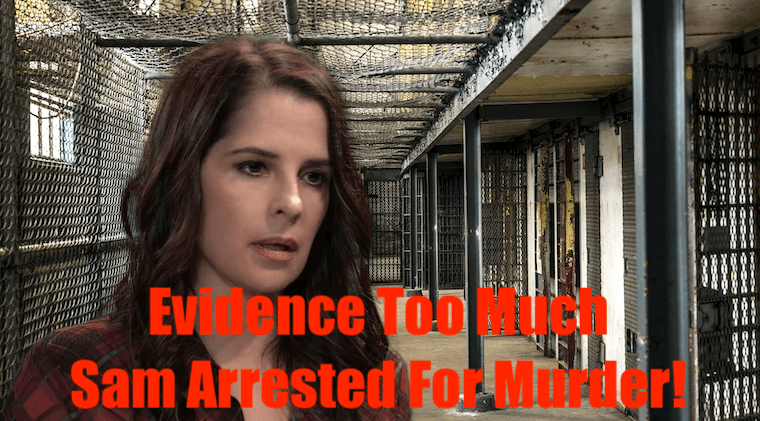 ‘General Hospital’ (GH) spoilers for Friday, October 11th is here. Nina Reeves (Michelle Stafford) is thrown in for a loop while Josslyn Jacks (Eden McCoy) remains optimistic about her new future. She decides that she wants to move in with her father. Bradley Cooper (Perry Shen) requests Julian Jerome’s (William DeVry) help. Also, everyone in Port Charles is upset that Sam has been arrested for the murder of Shiloh Archer (Coby Ryan McLaughlin). This is especially tough on Curtis Ashford (Donnell Turner). Thankfully, Jordan Ashford (Briana Henry) is there to console him. Here’s what you need to know.

After finding out that Sasha Gilmore (Sofia Mattson) is indeed not her child, Nina is having a hard time processing all of this information in. At this point, she doesn’t know what to do next or who she can even trust for that matter. And the fact that Valentin Cassadine (James Patrcik Stuart) has been lying to her this entire time sure isn’t helping either.

Elsewhere, Bradley Cooper is still in a pick and asks his father-in-law for some help. Is Julian Jerome willing to go back to his old ways in order to help him out? Fans will find out soon enough. Also, Alexis Davis (Nancy Lee Grahn) is feeling very selective while Neil Byrne (Joe Flanigan) needs more information before he can help her own.

Josslyn Jacks (Eden McCoy) is feeling optimistic and decides that moving in with her father Jasper Jacks (Ingo Rademacher) part-time would be a good idea. After all, her mother Carly Corinthos (Laura Wright) has her hands full with Baby Donna. Finally, Jason Morgan (Steve Burton) decides to let Sam in on a few secrets and the feelings that he’s been keeping to himself. How will Sam react to this all? Tune in to find out!

In the meantime, let us know your thoughts in our comments section below. And as always, come back to Daily Soap Dish for all the latest news, updates and spoilers on The Young and the Restless, General Hospital, Days of Our Lives and The Bold and the Beautiful right here.

‘Bold and the Beautiful’ Spoilers: Rena Sofer (Quinn Forrester) Gets Personal, Opens Up About Difficult Childhood Struggles For First Time!