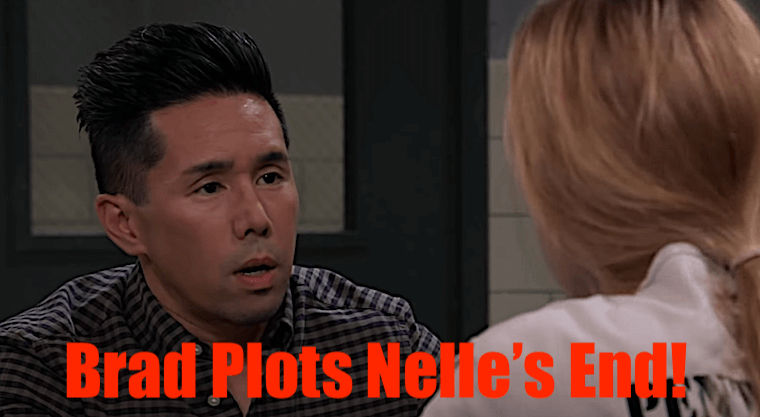 ‘General Hospital’ Spoilers: ‘The Jackal’ to the rescue!

‘General Hospital’ (GH) weekly spoilers update for the week of October 7th-11th 2019 indicate that Damian Spinelli (Bradford Anderson) AKA The Jackal, will be all too eager to help out Sam McCall (Kelly Monaco) this week. He’ll be working overtime to help his friends so that the S.S. JaSam stays afloat. Looks like that won’t be the only thing he’s doing, he’ll also be looking into a certain Peter August (Wes Ramsay) and all of his nefarious activities unbeknownst to former flame, Maxie Jones (Kirsten Storms).

He doesn’t like the fact that Maxie is involved with someone as treacherous as Peter, but for now he’ll keep that opinion on the downlow. (Although, us who found Spixie a guilty pleasure back in the day secretly hope tat there’s a little more than friendship behind this concern.)

Ava Jerome (Maura West) will show up at Pentonville to pay Ryan Chamberlain (Jon Lindstrom) a visit, be still Ryan’s heart! But her motives for being there aren’t exactly clear. She says she wants nothing to do with him but yet and all, she’s there. Obviously, she’s making a huge mistake because Ryan is smitten but there’s no real place for this relationship to go because let’s face it, Ryan not only deeply hurt and betrayed her by killing her daughter, but he’s also in prison and Ava’s just not the type to go for a man in a bright orange jumpsuit.

However, that may soon change because it looks like Ryan is plotting something, maybe an escape, but he’ll need an accomplice for it. He may rely on Ava, but he may turn to an unlikely source – Nelle Benson (Chloe Lanier).

Lulu Spencer (Emme Rylan) will spill the beans on Sasha Gilmore (Sofia Mattson) this week! At Nina Reeves (Cynthia Watros) wedding to Valentin Cassadine (James Patrick Stuart) no less! Talk about your epic ‘speak now’ moment! (Also, I called it. I knew this was going to happen, so you heard it here first folks!) We thought that Lulu was going to keep her knowledge under wraps for awhile because Dustin Phillips (Mark Lawson) had basically told her that it wasn’t a good idea. But Lulu couldn’t stand it and let the cat out of the bag anyway so we’re going to watch Valentin, Sasha, Nina, and everything related to the Cassadine union explode. Lulu may get some further insight on Sasha when she goes to brunch with her daughter, Charlotte Cassadine (Scarlet Fernandez).

Poor Nina will reel from the news that Sasha isn’t her daughter, but what about Valentin? It looks like for now he’ll remain stoic but on the inside he’ll be dying. His heart was in the right place when he set this plan into into motion. Nina missed her daughter and since she couldn’t really be found, Valentin decided to fudge the truth a little bit. He couldn’t bring her actual daughter back but he could hire a very convincing facsimile. Nina got what she wanted, Valentin got what she wanted, and Sasha got a new family after her old one died. But now everything is tumbling down about his ears and Valentin is miserable, so now what?

It may look like since Sasha’s not Nina’s daughter anymore she doesn’t have anyone on her side but that’s not entirely true. There is one person out there who still has her back no matter what, and that is Michael Corinthos (Chad Duell). While other people are really going to question Sasha’s integrity and wonder how she could go along with such a scheme, Michael will seem to get it. He’s not judging, after all, how can he? His Dad’s a Mob Boss. Still, it looks like Michael’s big turn on are chicks who have issues with telling the truth. What that says about his character is anyone’s guess, really.

Bradley Cooper (Parry Shen) will also be coming to Julian Jerome (William deVry) for more help this week, but over what, we’re not clear. Could it be that Liesl Olbrecht is still trying to blackmail him over baby Wiley Cooper-Jones paternity? Or is there another problem involved? Chances are it’ll point to the whole Wiley Cooper-Jones cover up somehow but we just don’t know how yet so we’ll have to stay tuned for that. Of course, right now it’s looking like it’s related to Nelle Benson (Chloe Lanier) and it might have to do with her demise seeing as she’s taken the blackmail route again.

‘General Hospital’ Spoilers: Jax invites Joss to stay with him

It looks like Jasper Jacks (Ingo Rademacher) is going to be especially proud of his daughter, Josslyn Jacks (Eden McCoy) this week. And who wouldn’t be, seeing as she totally stood up to Nelle while in the park. Looks like Josslyn will be brimming with optimism about something this week and that points to baby sister Donna being on the mend! Which is just great, glad to hear that the Corinthos Clan can breathe a much needed sigh of relief when it comes to all things baby.

However, Jax will decide that maybe its time that he and Joss did some father daughter bonding while Carly Corinthos (Laura Wright) gets settled in, bonding with baby Donna Corinthos (Ella and Emma Hulen), or maybe, just maybe, he doesn’t want Joss and Dev Cerci (Ashton Arbab) growing any closer than they already have. Either way, Sonny Corinthos (Maurice Bernard) will be home so, no parties, Dev!

Finally, what a cute relationship Dustin and Lulu have forming. It looks like this week he will start to get slightly protective of his girl and it’ll be the cutest thing ever. Now, since going up against Valentin we know that Lulu can definitely take care of herself but it doesn’t help to have somebody in your corner every once in awhile, and it also doesn’t hurt when said person is completely smitten with you, as Dustin seems to be with Lulu. Could this be love? Stay tuned!

‘Young and the Restless’ Spoilers: Is Amanda Playing Mind Games? All About Devon’s Unhealthy Obsession With Surreal Hilary Lookalike!