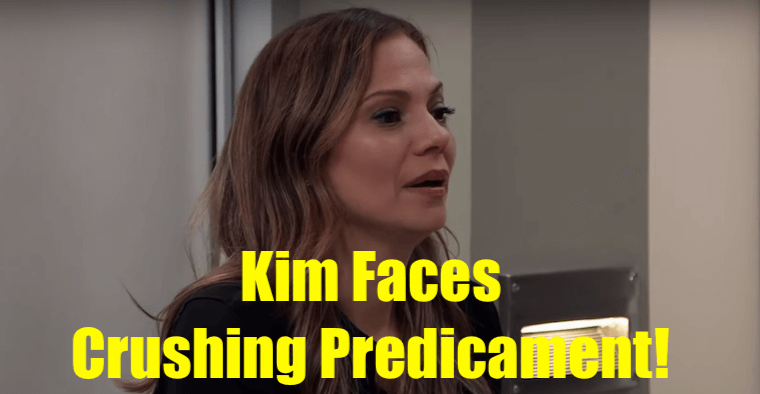 It begins with Hayden knowing that things aren’t working out very well for someone close to her in her life. At the same time, Kim is feeling very guilty. While she wants to move forward with Franco Baldwin (Roger Howarth) she knows that she will be betraying her best friend at the same time. Later on Sam runs into Liz. She’s sympathetic but at the same time happy to know that Franco will soon be out of her life.

Elsewhere, Ava Jerome (Maura West) shares her wisdom with Julian Jerome (William de Vry). She doesn’t want to see him making a mistake that he will later regret. Over at Lulu’s she’s finally picking herself up and moving forward with her life now that it’s been made pretty clear that Dante Falconeri won’t be returning home anytime soon.

The ink hasn’t even dried on their divorce papers and she’s also flirting with Dustin Phillips (Mark Lawson). Will the two end up in a serious relationship? Only time will tell. However, Olivia expresses concern about the situation.

Going back to Julian, he needs help from Alexis David (Nancy Lee Grahn) and reaches out to her, despite Ava’s warnings. Of course, fans will have to tune in to find out what will happen next!