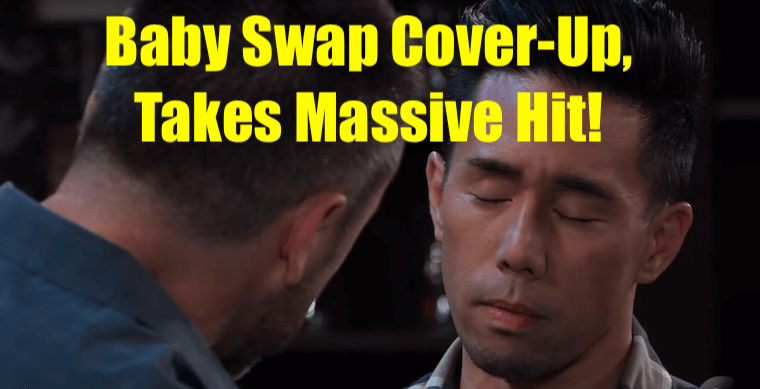 ‘General Hospital’ (GH) spoilers indicate that Elizabeth Webber’s (Rebecca Herbst) hopes are dwindling, Monica Quartermaine (Leslie Charleson) gets the chance she’s been waiting for, and Julian Jerome (William deVry) comes to a disturbing revelation. Scott Baldwin (Kin Shiner) also needs a hand. If you missed it, let’s get to the day’s ‘General Hospital’ recap and review.

‘General Hospital’ spoilers: Search is on

With Andre Maddox (Anthony Montgomery) recovering, Jordan and Curtis Ashford (Brianna Nicole Henry and Donnell Turner) are focusing on the missing plane that carried Drew Cain (Billy Miller). They bring Jason Morgan (Steve Burton) and Sam McCall (Kelly Monaco) in to discuss the situation. They eventually learn that the pilots on the flight don’t exist. The names and resumes were fake. Also, wreckage was found from the plane, but no sign of survivors.

All of this leads to a lot of questions. They feel that the attack on Andre and the crash have to be related. They just can’t figure out who would be connected enough and have enough resources to do this. Not to mention have a reason to want either man to not fulfill their goals. Shiloh’s (Coby Ryan McLaughlin) is the only one who makes any sense at all, but they figure he hasn’t got the reach for this. Nor would he have a good reason now, given his circumstances

Monica takes the time to visit Franco Baldwin (Roger Howarth) today, and she’s got a goal in mind. She wants to learn everything she can about Drew. Given she calls him Drew when she arrives and continues to do so, he’s inclined to be helpful. He appreciates that she’s accepting what he wants to be called.

Monica explains what she wants, and Franco is willing to give it. But he does want a little something from her in return. He’s convinced his lawyer (Scott) is stalling his case and wants the Quartermaine influence to help expedite his liberation. She agrees and is thrilled to learn some details about Drew—including that they both love “It’s a Wonderful Life.”

Before she leaves, she offers to let him stay at the Quatermaine mansion to save him money until he leaves, but he declines. She accepts that and then offers to get the door for him on the way out, as someone’s knocking. It’s Jason, and he’s got some news.

Elizabeth gets some bad news from Andre when she visits him at the hospital. Andre says he wouldn’t have left his work to help with Franco if he didn’t believe there was a chance.

Apparently, Franco has about a 50% chance of either keeping the memories as is, or them getting even stronger. There’s a 25% he’ll end up a vegetable, and a 25% chance the procedure will work. Elizabeth doesn’t look thrilled exactly, but she’s holding on to the hope Franco can be restored. Andre is happy to help, because he regrets where his research led. He wishes he could go back in time and destroy it.

Sonny Corinthos drops by Charlie’s to ask a favor of Julian. He wants to get some pictures from there to put in Mike Corbin’s (Max Gail) room. He thinks it’ll be good for him, as well as a welcome bit of his past to hold on to. He’s willing to pay for them pictures, but Julian refuses his money. He’s willing to hand them over for free because he likes Mike.

‘General Hospital’ spoilers: You did what?

Bradley Cooper (Parry Shen) runs into both Michael Corinthos (Chad Duell) and Willow Tait (Katelyn MacMullen) at GH. He’s very disturbed to hear about Liesl Obrecht’s (Kathleen Gati) comment about Wiley having two loving fathers. They don’t understand the issue, as Wiley has both Brad and Lucas Jones (Ryan Carnes). Brad ends up asking letting Michael and Willow watch Wiley while he takes care of something.

Brad’s nerves don’t get much better when he finds Sonny at Charlie’s. Nor does Sonny’s talk of Wiley being in good hands if he’s with Michael. Once Sonny leaves, Brad starts freaking out on Lucas about what happened before with Liesl. Their conversation leads to questions about Liesl’s part in all this which lead Julian to realize something.

He looks about ready to wet himself as he confronts Brad about stealing Sonny’s grandchild. Yeah, that’s not a very healthy life choice…

The threat of Sonny finding out seems to get ever-more real today. While watching Wiley, Michael and Willow chat about how well things are going right now. They also get into a conversation about Wiley, suddenly realizing that he doesn’t look like either Shiloh or her. For now, Michael writes it off as kids his age all looking alike, but how long until the truth becomes very obvious?

Sonny had been texted by Scott today, and wonders why Scott wants to speak to him. It turns out to be about Franco. More literally, it’s about keeping Franco in town. He knows that Franco can’t be kept here legally forever, and other methods might be needed. Um, did he forget about the whole commit Franco plan? Yeah, he expressed concern about making Franco hate them to Elizabeth, but is having his kidnapped by a crime boss’ “goons” as he called them any better?

The best Scott is able to get out of Sonny is that he’ll do his best.

‘Bold and the Beautiful’ Weekly Spoilers Update: Shauna Seduces Drunken Ridges Into Sex, Gets Him To Cheat On Brooke!