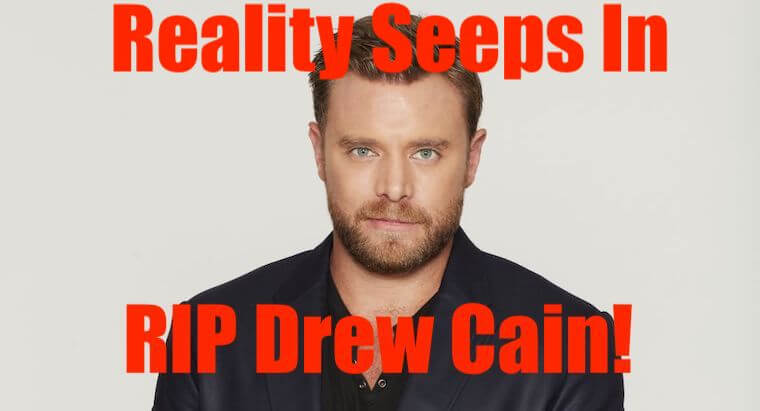 ‘General Hospital’ Spoilers: Liz tells Kim to back off

‘General Hospital’ (GH) Spoilers for Tuesday, September 10, 2019 indicate that Dr. Kim Nero (Tamara Braun) and Elizabeth Webber (Rebecca Herbst) will have a tense conversation. Liz is certain that its only a matter o time before she gets her hubby, Franco Baldwin (Roger Howarth) back so she tells Kim that she’d better back away now for the sake of her own feelings, she just doesn’t want her to experience more heartbreak. Of course Kim will act like she’s not all that into Franco, but the truth is, the feelings are there.

Over at Charlie’s Pub, Julian Jerome (William deVry) will rip Bradley Cooper (Parry Shen) a new one for dragging him into the whole baby swap debacle once he finds out who baby Wiley Cooper-Jones actually is. While Brad admits that he did indeed steal baby Jonah Corinthos, he wants Julian to disreguard that for the time being and focus on the big picture – which is that Dr. Liesl Olbrecht cannot exist any longer because if she does then the truth will come out and that will mean bigger problems for them all – he wants Julian to kill Liesl! Of course, Julian’s going to have to think long and hard about that.

Speaking of Sonny Corinthos, wifey Carly Corinthos (Laura Wright) will ask him to be honest with himself about something. No one actually knows what its about yet, but bets are on either the Dev Cerci (Ashton Arbab) situation, or perhaps a situation regarding Mike Corbin (Max Gail), his Dad.

Either way, Carly thinks that its good for Sonny to get down to the nitty gritty. My bets are on it being about Dev, since Sonny seems to be all about giving this kid a better life. Maybe Carly asks him why he’s so hellbent on that mission when Dev doesn’t really see the lengths that he’s going to for him? Could be. Who knows. Guess we’ll have to stay tuned for that.

Poor Josslyn Jacks (Eden McCoy) will need a shoulder to cry on and brother Michael Corinthos (Chad Duell) will provide that for her. Josslyn is worried because she thinks that by now, she should have moved on and shouldn’t be feeling the effects of Oscar Nero Quartermaine’s (Garren Stitt) death quite so hard, but like a good brother, Michael will remind her that everyone grieves differently and grieving takes a long time and there is no time table for it. Aw, such a good brother.

Jason Morgan (Steve Burton) will have some bad news for poor Monica Quartermaine (Leslie Charleson), it looks like Drew Cain’s (Billy Miller) plane was found and there was no evidence of any survivors. Poor Monica, she’ll be absolutely heartbroken. Of course we know that Peter August (Wes Ramsay) is really responsible for the disappearance of Drew and that may lead to a prolonged disappearance rather than outright death but only time will tell about that.

‘General Hospital’ Spoilers: Geeze Peter, you’d think you were a villain, with all the talk like that!

Speaking of Peter, he’ll be quite ticked off that Dr. Andre Maddox (Anthony Montgomery) isn’t dead yet and will let his phone accomplice know of his displeasure. He’ll spew with hate and rage over the phone to his partner and wonder why on earth the murder was so very obviously botched. Who is this person that Peter keeps talking to and why did he want Drew and Dr Maddox to die? Stay tuned!

‘Days of Our Lives’ Spoilers Tuesday, September 10: JJ and Jack Cut Deal With Dr. Rolf To Get Memories Back, Comes At Huge Cost!

‘Days of Our Lives’ Spoilers: Is Eric Really the Baby’s Daddy? Here’s What’s Next For Sarah Horton!