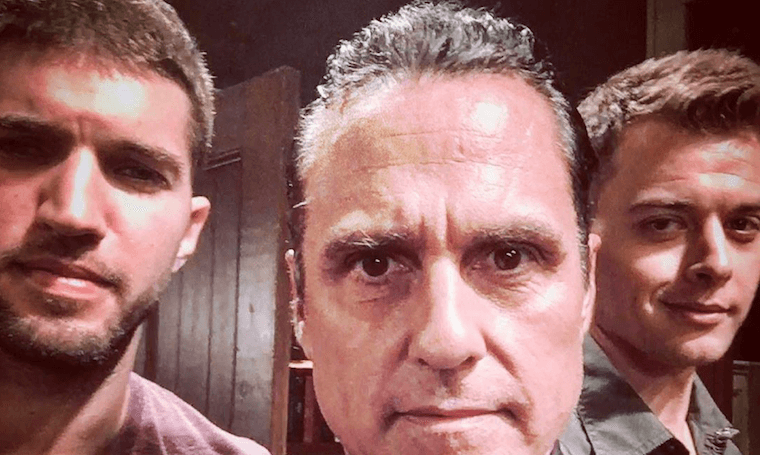 ‘General Hospital’ (GH) spoilers indicate that Bryan Craig (Morgan Corinthos) is getting nothing but love and support from his television father, Maurice Benard (Sonny Corinthos). As a matter of fact, the actor, who plays Port Charles’ biggest mob boss, helped promote Bryan and his new primetime television show Grand Hotel on one of his social media accounts. Here’s what you need to know.

Sharing a throwback photo of Maurice with Bryan along with their co-star Chad Duell (Michael Corinthos), Maurice wrote, “These two guys are always on my mind. How great is Bryan on Grand Hotel? Let’s watch tonight!” Bryan responded with, “I mean, if Sonny Corinthos says to watch Grand Hotel you probably should.”

Even though Bryan’s fans clearly miss seeing him on daytime television, they have been cheering him on primetime television and tuning in to Grand Hotel every Monday night on the ABC network. Bryan plays a character by the name of Javi Mendoza and from what we can tell already, he’s got quite a backstory. Even though he’s someone who likes to spend his days by the hotel’s pool and nights with some of the best looking women on South Beach, Javi is also a man that is determined to prove his worth to his family.

With that said, a lot of fans are still hoping that Bryan will return to his daytime television roots. After all, both his parents Sonny and Carly Corinthos (Laura Wright) miss him dearly and could sure use him in their life right now. But as many fans know, you can never say never in the world of soaps. The door is always open for Bryan’s return. We will just have to keep our fingers crossed!

‘Young and the Restless’ Spoilers: Theo Loses Interest In Summer, Sets Sights On Her Mother Phyllis!