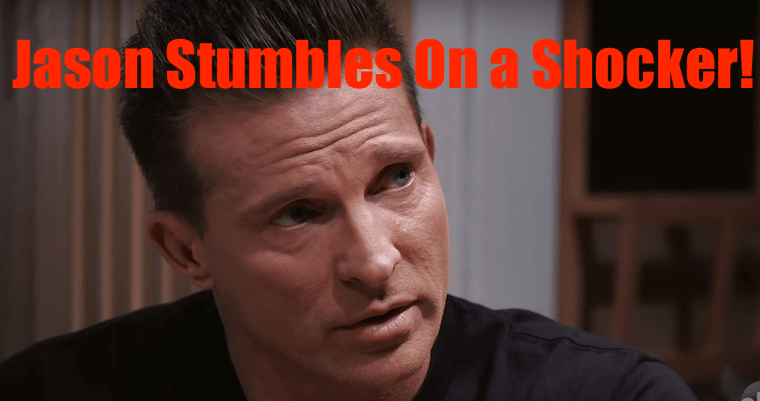 ‘General Hospital’ Spoilers: Franco is cruisin’ for a bruisin’!

‘General Hospital’ (GH) Spoilers for Thursday, September 5 2019 indicate that fur will fly when Franco Baldwin (Roger Howarth) shows up at Charlie’s pub. Julian Jerome (William deVry) will wonder just what is going on between those two because it seems Franco (AKA Drew 2012) can’t keep his mouth shut! Things will definitely get tense between the two, but will it come to blows?

Dr. Kim Nero (Tamara Braun) decides that since she can’t talk to bestie Elizabeth Webber (Rebecca Herbst) about these things that she wil seek out someone who’s only remotely invested in the situation, Julian’s ex, Alexis Davis (Nancy Lee Grahn), telling her. that while she is still committed to Julian, Franco has been awfully tempting lately.

Cameron Webber (William Lipton) will spill the beans to his Mom, Liz Webber, about spotting Franco and Kim’s lip lock. Of course Liz is hurt by this but she maintains a good front. She knows that if only Franco could remember their lives together that he’d drop Kim faster than a hot potato and come running home to her.

She may give Franco a pass but what about bestie Kim? It seems that as long as Cam explains the situation that she might receive a pardon as well. Even so, Liz can tell that Kim is developing feelings for her man and she will be worried.

Carly Corinthos (Laura Wright) will be stunned to learn that hubby Sonny Corinthos (Maurice Bernard) is considering adopting Dev Cerci (Ashton Arbab)! Diane Miller will be on-hand to discuss legal options, but before any sudden moves are made Sonny and Carly will need to really discuss this in-depth. That’s one hell of a move considering how skeptical Sonny was of the kid just last week!

Liesl Olbrecht (Kathleen Gati) will tick off Valentin Cassadine (James Patrick Stuart) to the point where he issues a warning to her. Liesl knows about the whole fake daughter scheme but won’t want her blabbing it to the rest of the world and will basically tell her that if he goes down she’s going down with him! But that won’t stop Liesl! She’s still going to work her rabbit’s foot right and carry out a scheme against him!

Our friendly neighborhood mafia enforcer, Jason Morgan (Steve Burton) will have a few unanswered questions about the stabbing of Dr. Andre Maddox (Anthony Montgomery) and will wonder just who wanted him dead. The conclusion he stumbles upon leads him straight to Peter August! (Wes Ramsey)

He, Jordan Ashford (Briana Nicole Henry) and Mac Scorpio (John J. York) will puzzle over that while Peter is creeping in Andre’s room, wondering if he should actually let him live or not, considering the valuable secrets he holds. (Boi!) Peter will carefully weigh his options and ultimately decide that he would rather it look like Andre just succumbed to his injuries rather than have anything happen that could be deemed suspicious. (Gee, thanks for all the consideration, Peter.) So will Dr. Maddox live? Stay tuned!!!