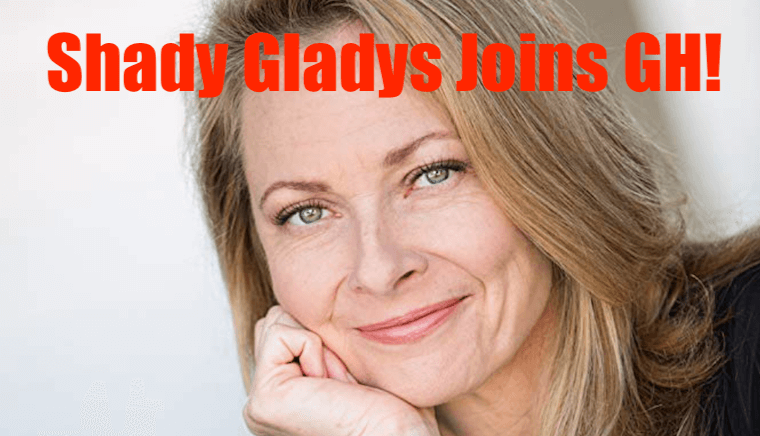 ‘General Hospital’ (GH) Spoilers for Tuesday, September 3rd, 2019 indicate that Jordan Ashford (Briana Nicole Henry) will not be too happy with hubby Curtis Ashford (Donnell Turner), she will again give him the third degree about his decision to spy on Jasper Jacks (Ingo Rademacher), maintaining that it’s a bad idea. Which, it is, but you have to admire Curtis’s hustle.

He’s just trying to pay off Jordan’s medical bills and set aside tuition money for TJ Ashford (Tajh Bellow), and those medical bills are still coming. They won’t stop just because Curtis lost his job at Aurora. However now that he’s no longer at Aurora he’s free to accept Valentin’s offer of a cool $5 million. But hold on for a big fat second, Jax might just offer to rehire Curtis as well as Hayden Barnes (Rebecca Budig) on a different mission – to track down the codicil of Mikkos Cassadine’s (John Colico) will.

Initially, Jax will be reluctant to rehire Curtis because of his previous disloyalty, but it seems Curtis will have a friend in Hayden because she will be the one to vouch for him. Jax will probably side-eye her but she’ll tell him that she trusts Curtis so I guess.. he’s hired? Stay tuned.

Josslyn Jacks (Eden McCoy) will take it upon herself to prepare Dev Cerci (Ashton Arbab) for all the nosy kids at school by asking him a barrage of questions. No word on how Dev will react to that, but their interactions so far may hint to another little ‘spat’ between the two.

Dev doesn’t always agree with Josslyn’s line of logic, and Joss can’t always see Dev’s point of view on things either. Although, since Joss recently went rounds with her folks about the homeschooling issue which was Dev’s idea, then the two might be on more of the same page after all. Who knows?

Franco Baldwin (Roger Howarth) just told Dr. Kim Nero (Tamara Braun) that he is leaving town, but not before asking her to at least hear him out. He will tell her, in Oscar’s Meadow no less, that Kim is the one that made him think that he could possibly have someone to come home to and about all the other ways that she changed his life.

Kim will be so impassioned by Drew 2012’s words that they will envelope each other in a romantic embrace. Little do they know, however, that Cameron Webber (William Lipton) is nearby watching and he is not going to be happy about that.

Looks like Gladys Corbin (Mel Harris) will be paying Port Charles a visit. She is Mike Corbin’s (Max Gail) cousin and has agreed to pose as Dev’s Grandma… for a price. She’s here to collect her butter and egg money from Sonny Corinthos (Maurice Bernard), and poor Mike is none-the-wiser when he is informed of this by a rattled Carly Corinthos (Laura Wright).

He just thinks Gladys has come for a fun little ‘hi-how-do-you-do’ visit. Sonny will know what’s up however and warn Gladys that she best not be trying to renegotiate their deal and we all know he means business. But it looks like that’s not what’s on the table, it looks like Gladys just may be there because of an unforeseen problem that the plan has run into.

We’ll see, won’t we? That’s not the only fire that Sonny will have to put out. Olivia Quartermaine (Lisa LoCicero) will also talk to Sonny about son Dante Falconeri’s (Dominic Zamprogna) problems and how it would be best to address them. What conclusion will they come to? Stay tuned!

‘Days of Our Lives’ Spoilers Tuesday, September 3: Gabi Gets A Rude Awakening!

‘Young and the Restless’ Spoilers, Tuesday September 3: Jabot Cosmetics Has a New CEO!