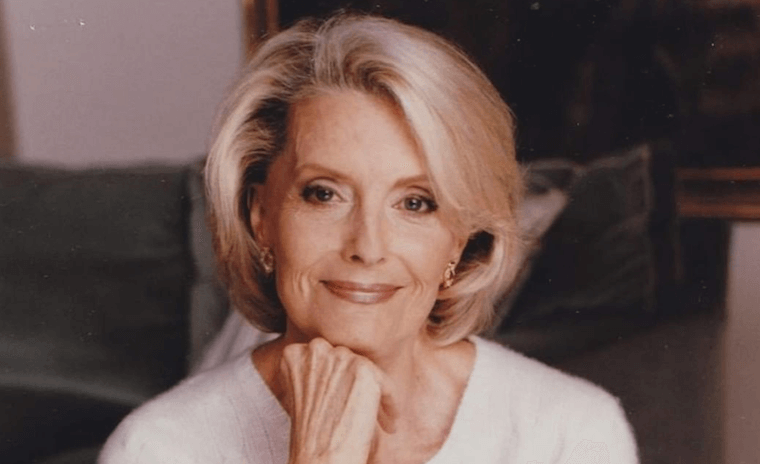 ‘General Hospital’ (GH) spoilers for Monday, August 19 indicate that Lulu Falconeri (Emme Rylan) will call for a family meeting with her in-laws, Sonny Corinthos (Maurice Bernard) and Olivia Falconeri (Lisa LoCicero) at Sonny’s place. It’ll be regarding the ending of her marriage to their son, Dante Falconeri (Dominic Zamprogna), also Robert Scorpio (Tristan Rogers) will also be on-hand Lulu will explain that as much as she doesn’t want to, that its time to let go because Dante wants a divorce and right now he’s making the only call he can make and the only thing she can do is go along with it.

Of course, Sonny will blame himself but Robert will tell him not to, because this was the work of an enemy, not anything by Sonny’s own hand. (In fact if you want to look at it one way, Sonny was the one trying to get Dante out.) Robert will try and assure him that this is really the best, the only course of action that makes sense right now because Dante was programming to complete and deadly mission and can’t be around his family or anyone right now, and poor Lulu doesn’t need to be waiting around on someone who’s so dangerous that he can possibly never come home.

‘General Hospital’ Spoilers: Franco gets a visit from Jason

Looks like Franco Baldwin (Roger Howarth) will have at least one visitor while he’s locked up, and that’s Jason Morgan (Steve Burton). He’ll try his best to get info regarding Shiloh Archer (Coby Ryan McLaughlin) out of him. This time, Franco seems calmer about the whole situation and even buys Jasons’s explanation that put Helena Cassadine (Constance Towers), into the picture. Franco will tell him the story of what happened during his capture in Afghanistan.

‘General Hospital’ Spoilers: Shiloh tries to work his mojo from behind bars

Speaking of Shiloh, the crafty cult leader will get on the phone and start trying to make things happen from behind bars for him. However he gets on the phone with, he will start making promises too. The whole ‘you scratch my back and I’ll scratch yours’ sort of deal. We’ll also see another flashback of Helena Cassadine, which explains a whole lot about the offer that Shiloh is making.

Poor Scotty Baldwin (Kin Shriner) will be absolutely heartbroken that Franco doesn’t remember him. (I mean, how could he with the memories of Drew Cain (Billy Miller) clogging up his head?) Even though it hurts, he still wants to be there for Franco and tells Drew that he want to see him. Drew however, advises against that because Franco doesn’t currently want to see anyone connected with the life in Port Charles that he doesn’t remember. Still, Scott will want to see him, if only to offer him some much-needed legal advice.

Now with Franco out, it seems its time for sister Hayden Barnes (Rebecca Budig) to move in with Elizabeth Webber (Rebecca Herbst). Now that her life has fallen apart, she wants to be there for her sister, but Liz tells her that it could be quite an adjustment with three boys. She wants to make sure that Hayden knows exactly what she’s doing before moving in. Afterward, Drew and Curtis Ashford (Donnell Turner) will drop by to explain some more Franco developments and further comfort Liz.

Julian Jerome (William deVry) will bid a proper goodbye to Sam McCall (Kelly Monaco) and they’ll talk about his and Kim’s decision to move. However, with all the Franco drama brewing it doesn’t really look like those two will get around to leaving Port Charles anytime soon. So… will tey or won’t they? Stay tuned!!!

‘Bold and the Beautiful’ Spoilers: First Time In 32 Years, B&B Tops Other Soaps – Ranks No. 1!