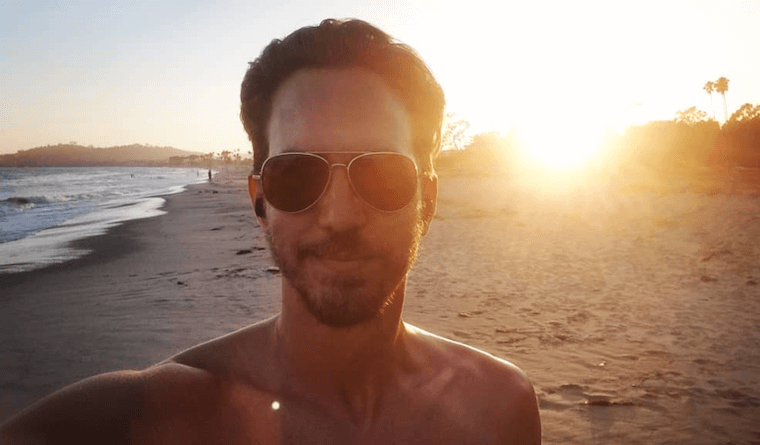 ‘General Hospital’ (GH) spoilers indicate that star Wes Ramsey (Peter August) has a new exciting film out on Amazon! The actor took to his Instagram account to let his fans know that he’s starring in a new movie called The Perception. Here’s what you need to know.

We shared a few behind-the-scenes stills from the thriller on his Instagram account and captioned it with, “Perception is now available. Buy or rent and watch it tonight! www.perceptionamovie.com.”

Clearly, that’s what a lot of Wes’ fans plan on doing as they want to see as much as him as possible, both on and off screen. Because let’s face it, the man is great eye candy, right? Quite a few of Wes’ fans commented on the photo with, “I saved it to my Amazon watch list to watch this weekend!” along with, “Watched it this evening and loved it! What a twist that I was not expecting.”

Another fan wrote, “OMG you look so sexy in this movie. I cannot wait to watch it. Also loving you on General Hospital. Great work Wes.”

Speaking to Soap Opera Digest, Wes says that the film is a very important one for him, and that’s because he had the opportunity to shoot it near his hometown in Kentucky. It’s also a project that he is incredibly proud of.

He told the publication, “I play a real estate developer named Daniel. He has a chance encounter with a small-time psychic who has a little boutique shop and almost by accident, they end up in a situation where he has a reading done.”

The actor added, “In the reading, there is a connection with someone from his past and that sets in motion a series of relationships that evolve throughout the movie that sort of presents itself in a way that reminds us all of the depths with how far you’re willing to go for someone you’ve lost, how far are you will to go for someone you’ve loved, how far will you go to reconnect with someone that you don’t have in your life anymore. It sets in motion this turn of events with these characters, and then from there things begin to spiral. It becomes pretty intense.”