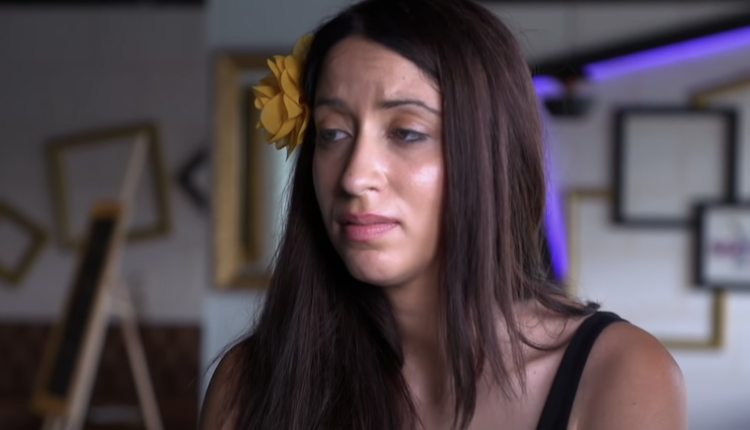 ’90 Day Fiancé’ spoilers find that we have been introduced to Amira Lollysa and Andrew Kenton. The couple was last seen trying their hardest to get to each other during the travel bans that were set into place for Europeans coming to America.

Amira was detained in Mexico City and then she was sent back to France. Fans watched as Andrew went to the resort and tried to call embassies and the Mexico City airport, but no one would speak English to him so he had no idea what was going on. The thing that really confused viewers was why she was detained and we finally found out what happened.

The new spoilers for the next episode of 90 Day Fiancé show Amira talking to her father about being detained and what she going through when it all happened.

Her father tells her, “I don’t understand why they return you back.” Amira tells him, “My flight landed at 7:30 PM, at 8:00 PM I was already in the back of the room in the immigration thing.” He asked if they took her passport.” She tells him that they took her passport and they took her phone. “I got that they were not going to let me in the country. I understood it very quickly. They took my watch away from me, I don’t know what time it is.”

She described being detained like prison when she was explaining it to her father. She then explains that when she was put back on a flight to France, the Mexican authorities gave her a paper that listed the reason for her being sent back.

They wrote on it, “no passport.” Then Amira tells her father, “Then they put my passport in the same envelope.” He got a little upset about how they lied about the reason for her getting sent home.

Amira’s father tells her, “I told you don’t go.” She says to him, “I just wanted to show Andrew that I cared about him and that I love him because he said that if I was not wanting to do it it would mean I don’t love him.”

Her father tells her, “Andrew is responsible for all the panic, all the trouble we had for our family, and I think he’s not the right man for you.”

Will Amira leave Andrew because of how he has made her feel? Be sure to watch 90 Day Fiancé on Sunday at 8 p.m. EST on TLC to find out what happens next.