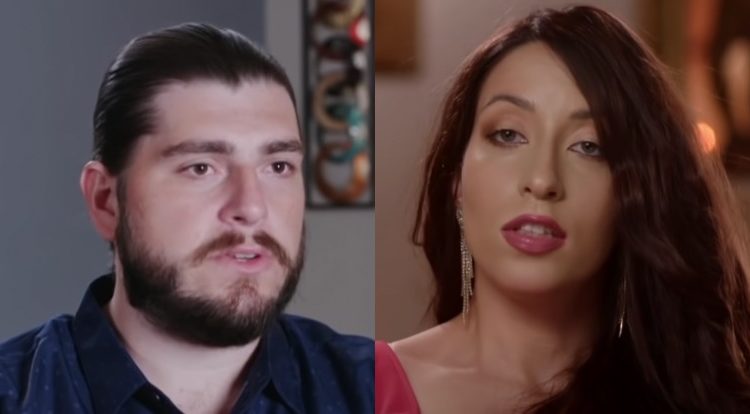 ’90 Day Fiancé’ spoilers find that when the world went on lockdown, it became difficult for anyone to travel and some of the cast members of 90 Day Fiancé had to deal with this too. One of these couples is Andrew Kenton and Amira Lollysa.

The couple wanted to see each other and Amira wanted to get to the states now that her K-1 visa has been approved. The only thing stopping them was a travel ban. Instead of sitting around and doing nothing, they tried to find a loophole so that they could meet up and they found one.

Because Amira couldn’t get to the states at the time, the couple decided to meet in Mexico. It took over a year to get Amira’s K-1 visa approved and when it finally happened, the pandemic broke out. She told cameras, “I finally received my K-1 visa.

Finally, finally, I got it. More than one year, we’ve been waiting for that thing. And now that I have it, I can’t even use it ’cause of the coronavirus.” The travel bans were issued and Europeans were not allowed to come into the states.

This did not bode well when her visa runs out in 90 days. What was she to do? “My visa is good for five months, but now we are running out of time. The same day I received my visa, President Trump set up a travel ban for anyone from a country that are in the European Union, like France.

So, even though I could find a flight to go to the US, I would arrive in the American airport, and they would not accept me.” That’s when Andrew thought about a solution. He said that she could fly into Mexico and he would meet her there and they would go back to California and quarantine for two weeks.

It doesn’t look as if this plan worked out though. In the spoilers for the upcoming episodes, he will get some news from Amira that doesn’t sound good. Some think that she isn’t able to make it to Mexico, while others think that she is going to leave him and forget the whole thing.

If you want to know what happens next with Andrew and Amira, be sure to tune into 90 Day Fiancé on TLC. The show airs on Sunday nights at 8 p.m. EST. You can also take a look at the memories of each other that they have posted on Instagram.

What Happens To Chinese-Owned Tiktok Now That Joe Biden Is President of the United States of America?