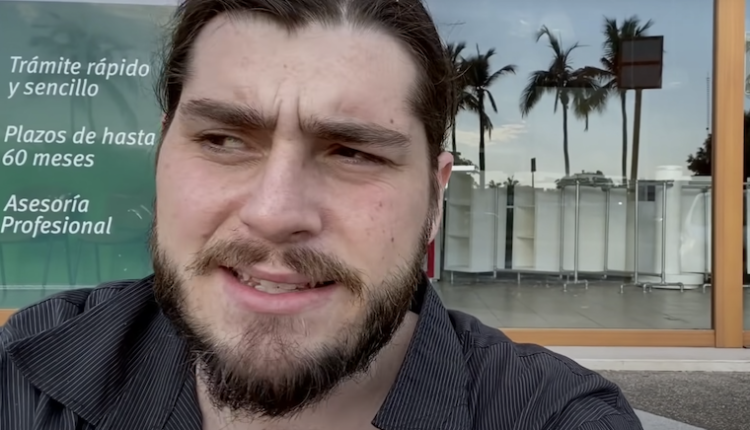 ’90 Day Fiancé’ Spoilers tells that the last time we checked on Andrew Kenton and fiance Amira Lollysa, poor Amira was in a detention center in Mexico City while Andrew was in Puerto Vallajarta waiting on her to come join him.

However, now it looks like that is not going to happen. While Amira did manage to get out of the detention center, she was ultimately sent back to France because I guess Mexico decided that it wasn’t taking anybody from Europe either. Andrew was both amazed and slightly relieved when he saw her online because he thought she was still stuck, but nope, she was in the Amsterdam airport but said that there wasn’t a lot of internet where she was.

’90 Day Fiancé’ Spoilers: Amira is out of the detention center!

It was then that he discovered that apparently they took her phone away immediately at the detention center and while Amira will eventually tell him what went wrong, the experience is still very hard for her to talk about. Honestly… I get it.

From what we’ve been hearing about detention centers on the news, this is not an experience one would ever wish on their worst enemy, much less an innocent, fashion-loving young girl from France who just wanted to go have a good time in Mexico with her fiancé before starting her life in the US and getting married.

We’re glad that she made it out of the detention center and are extremely disappointed that Amira and Andrew won’t get to start their journey the way that they had hoped. Also, wow that has to be the biggest financial disappointment ever because Amira packed up her entire life! Andrew can go back to his job with his Mom in California, working at the daycare, but Amira?

I’m not sure she can just go resume her life back in France just like that, I’m going to assume that she had a pretty popping life back in France too, she just seems like the type. We’re curious as to what happened, but I can definitely see where Amira doesn’t want to talk about it right now – I hope that nothing really traumatizing and detrimental happened to her.

As for Andrew… he seemed oddly emotionless when he talked to Amira, so I guess that’s a family trait. It’s okay to have emotions, Andrew, they’re what keep us from exploding. Poor Amira, I cannot image what she went through at that place. I guess we’ll find out what that was soon enough. Stay tuned!!!

‘The Young and the Restless’ Spoilers: Michelle Stafford Says This Person Is Phyllis’ Biggest Enemy