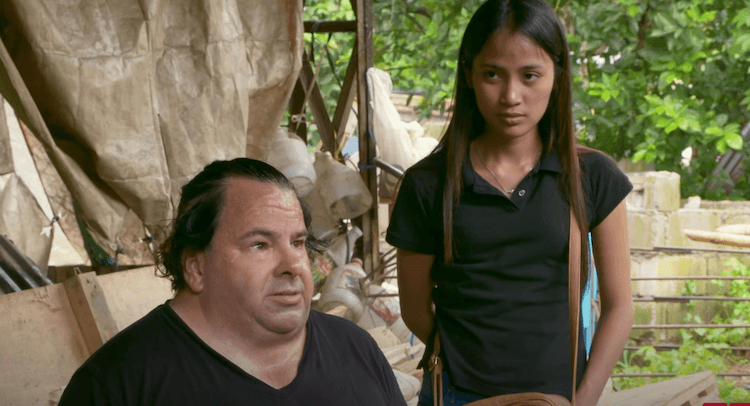 ’90 Day Fiancé’ spoilers find that you should leave it to Ed Brown to turn an Instagram post into something utterly disgusting. The 90 Day Fiancé alum recently posted on Instagram and many of his followers jumped ship after watching his video.

Not only was the video so gross that some people couldn’t handle it, he also threw some shade at his ex-girlfriend, Rosemarie Vega. This really turned off his followers and they let him have it too.

Ed has done a lot that makes fans think that he is really just trying to stay relevant with fans of 90 Day Fiancé. It does look like his 15 minutes has passed though. His recent antics on social media are just down right…. gross.

Ed posted a video on YouTube that was of him in a “One Wet Nap BBQ Rib Challenge.” He decided to share little pieces of it on his Instagram account. The challenge took place in San Diego and the contestants got to all sample ribs from The Barbecue Pit, The Pig’s Gig, and Gaslamp BBQ. After disgustingly stuffing his face, he was given one wet nap to wipe off his face.

The part in the video that really got his followers talking was when he was eating and said, “I wish Rose’s father-in-law was here.” Many fans immediately thought the statement was in really poor taste and they were quick to let him have it.

One wrote, “Dude, leave her alone. WTF?” Another chimed in, “Stop bringing her up. You’re just searching for attention now.” One more wrote, “You’re trying too hard for attention and being too cocky.”

The comments didn’t stop there though. One follower wrote, “Ed, you’ve had your five minutes, let it go. This is just sheer desperation.” Another wrote, “I don’t understand how a grown man can eat like a pig. Why?” One more wrote, “I thought you were on a diet. This looks disgusting.”

From all of the comments from his followers, it really does seem that Ed is trying to become famous again and this is definitely not the way to do it. Some of his followers applauded this and said it was cool and they still loved him no matter what. Those fans can have all the eating videos, because we don’t want them anymore.