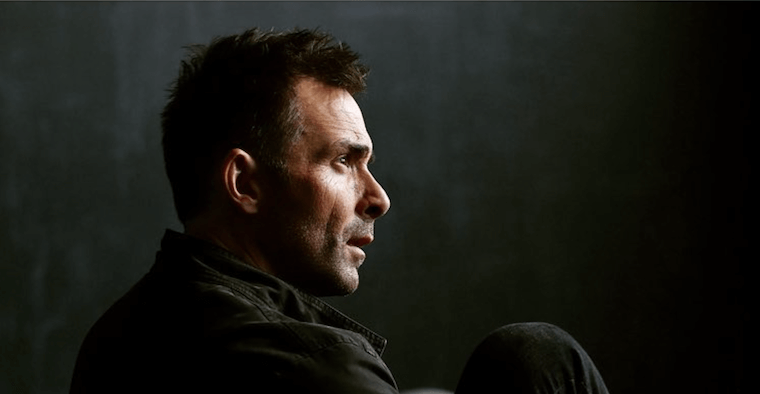 ‘General Hospital’ (GH) Spoilers finds that last few weeks have been very tough for star, James Patrick Stuart (Valentin Cassadine). He has lost quite a few of his friends and is having some struggles with it in his personal life. Stuart recently posted on his Instagram about his friend Michael Sherwood passing away.

James Patrick Stuart considers himself to be a musician as well as actor. In the world of his music, he has lost a lot of people that are near and dear to him and very recently. He knew Sherwood for over 25 years and it seems that this loss is hitting him really hard. Stuart recently released an album called the Apple Tree. He said that Sherwood helped him to work on this album by writing vocals for many of the songs.

On Stuart’s social media accounts, he credited Sherwood with helping make his new album great. He also said, “I am honored to have known and learned from him and would have happily listened to him play forever. Hope one day that I can. Thank you, Michael. We are forever changed.” This isn’t the first hard loss of a friend for Stuart though.

My friend of 25 years, Michael Sherwood, has passed. He was a phenomenally gifted composer, musician & singer whose contribution to “the Apple Tree” was essential. He wrote “Mr Give” and lent vocals and keyboards to “Lighthouse” & “Good Morning Sunrise”. I am honored to have known and learned from him and would have happily listened to him play forever. Hope one day that I can. Thank you, Michael. We are forever changed. #theappletreealbum

In 2018, Stuart took to social media once again to announce that another dear friend of his had died. This time it was Glen Roven, who was 60 years old and a two-time Emmy winning composer, lyricist, conductor, producer, and pianist. Stuart praised his amazing musical skills and even mentioned the fact that Roven played cello on his cover of Book of Love. Stuart has been through a lot with friends dying in his life. In 2017, he lost his neighbor, Chester Bennington, from Linkin Park. He took his own life and this was another huge loss for Stuart. He took to social media about Bennington’s death saying, “Chester was so gifted, genuine, practical and aware. LOVED his family and laughed a lot. Didn’t see it coming. Madness. Huge Loss.”

Stuart may be still trying to put all of the pieces together about these tragic losses in his life. We wish him well with the news of Sherwood passing away and we hope that he does continue to make music and carry on the legacy of his friends that were taken too soon from this world. You can still see Stuart on ‘General Hospital’ and this week may be tough for the actor, but you will be able to see Valentin at his very best and worst!