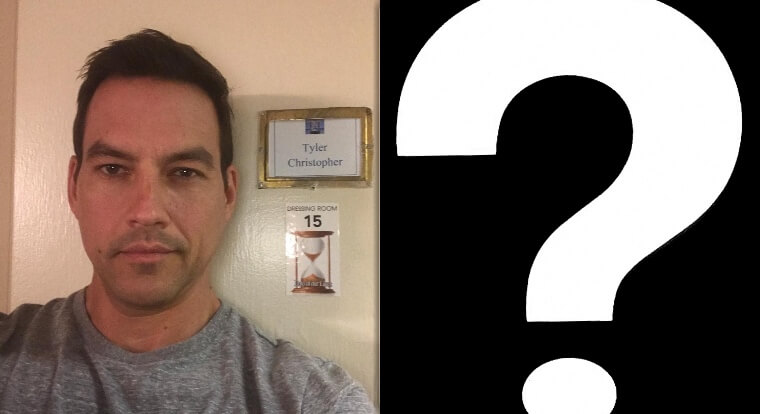 ‘Days of Our Lives’ (DOOL) spoilers tease that there’s a very slim chance that actor Tyler Christopher might make his way back to daytime television, unless of course, he takes on a totally new role. That’s because the actor has been passed up on two of his former characters – Nikolas Cassadine on ‘General Hospital’ and Stefan DiMera on ‘Days of Our Lives’. Both roles have gone to other actors in the soap industry. So does this mean that Tyler’s soap career is officially dead on arrival? Here’s what you need to know.

The last time that fans saw Tyler Christopher on the small screen was late last year when he was still Stefan DiMera on ‘Days of Our Lives’. He left the highly-rated NBC soap for personal reasons and was replaced by ‘General Hospital’ alum Brandon Barash. While it did take some time for Brandon to find his footing with the role, a lot of people couldn’t help but compare Brandon to Tyler, who many fans said did an excellent job of portraying the character as dark, broody, yet also as a likeable anti-hero.

What’s more, there was also some speculation that Tyler would be headed towards Port Charles as for weeks there were rumors of a possible Nikolas Cassadine comeback. Now that we know the character has been recast, it looks like there is no room for Tyler Christopher to return to his daytime television roots, much to the dismay of his loyal fans everywhere.

So far Tyler Christopher himself has not made any comments on whether or not he plans on returning to acting or what his next steps for the future will be. Also, it appears as though he is no longer active on social media, both on Instagram and Twitter. While no one really knows what’s in store for Tyler Christopher, one thing is for certain: fans do miss him and hope to see him back to work sooner rather than later. Fingers crossed!