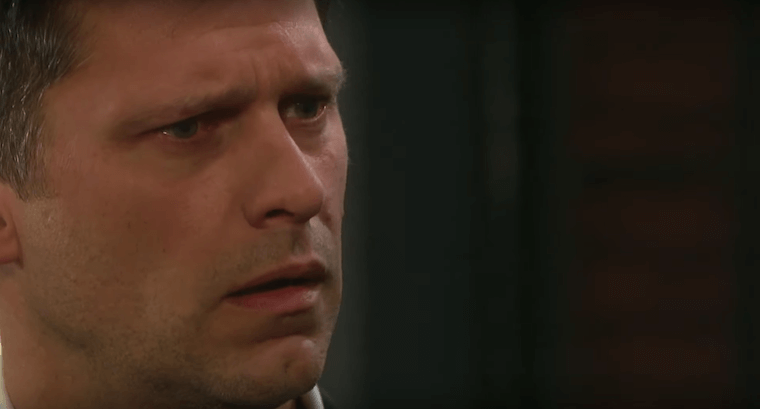 ‘Days of Our Lives’ (DOOL) Spoilers indicate that find Sarah Horton (Linsey Godfrey) still stressing over Eric Brady (Greg Vaughan), Stefan DiMera (Brandon Barash) is in for some fun times ahead, while Julie Williams (Susan Seaforth Hayes) is in danger. We also learn there’s another player involved in this whole undead army thing. In case you missed it, let’s get to the day’s ‘Days of Our Lives’ recap.

‘Days of Our Lives’ spoilers: Regrets

Hope Brady (Kristian Alfonso) finally opens the envelope that Ted Laurent (Gilles Marini) left behind, with the help of Doug Williams (Bill Hayes). He reads part of the letter for her, but his reluctance to continue gives her the final push she needed to read it herself. She insists she has to know what it said.

In the letter, Ted reveals lying to Kate DiMera (Lauren Koslow) about his wife’s death as well as losing a child to her. Hope’s hurt to learn he had lied about something that is so personal and painful to her, but she does seem slightly moved when he admits one thing he never lied about was his feelings for her.

Ben Weston (Robert Scott Wilson) and Ciara Brady (Victoria Konefal) find Julie on the ground and rush to get her help. They’re brought to the hospital, where Kayla Brady (Mary Beth Evans) has to revive a very bad-off Julie. She comes to long enough to say “she” left her for dead.

Kayla, now that Julie’s condition has stabilized, orders a bunch of tests. In the meantime, Doug and Hope have finally been reached and rush to the hospital to see how she’s doing. Kayla comes out and says that she has some bad news.

In between trying to save Julie, Kayla plays relationship counselor to Sarah Horton. She was a bit thrown by the news that, while Nicole Walker (Arianne Zucker) and Holly weren’t found at the address, there was a blanket that belonged to the kid. Eric had vowed to keep looking until he finds them. Sarah isn’t feeling so confident in her relationship anymore, but Kayla is encouraging. Sarah eventually feels bad that this is a topic right now and wants to focus on giving Julie the best care possible.

Stefan gets a huge shock today, as his mother, Vivian Alamain (Robin Strasser) calls to tell him she’s alive. She’s been kept in Chicago in conditions she feels are beneath her. Her recovery is also the handiwork on Dr. Rolf. Of course, it is. Is there anyone left who hasn’t been resurrected by him? Anyway, Stefan is obviously thrilled to have his mother back and ultimately decides to send Ben to retrieve her.

For now, he’d like to keep her return secret. He believes it’s a way to get back at Kate. Gabi Hernandez (Camila Banus) isn’t as thrilled. She hates Vivian and mentions how the woman tried to take her company from her. Stefan points out that he was just involved in all that as she was. She forgave him, so maybe there’s a chance for Vivian as well. Gabi doubts it, but she ultimately caves to Stefan’s desire to have the two women in his life spend some time together.

‘Days of Our Lives’ spoilers: Back to work

Ben got the call from Stefan while waiting for word on Julie with Ciara. He is planning to decline to leave, as he feels that Ciara really needs him right now. Plus, he promised to be there for her. Ciara insists she’s fine, though, because they don’t need to give Gabi any reasons to fire him again.

While Eric is trying to find out where Nicole went, he comes across an armed guard (Walter, played by Josh Wingate). He claims to be a cop, so Walter wants to see the proof. Clearly that wasn’t going to be possible, so Eric admits his lie and pushes for information on Nicole. He ends up getting shoved a room where Vivian is sitting.

As they argue over the guard’s silence and how it’s standing in the way of his boss’ freedom, the man implies that Kristin DiMera (Stacy Haiduk) isn’t actually the one calling the shots. Eric glances at Vivian, but she laughs at the idea she’d pick a place like this, or force herself to spend time with Nicole and a small child. Hmm. Who is the one who’s really in charge of this whole mess? We’ll have to wait to find out…

‘Bold and the Beautiful’ Spoilers: Keeping It Real – Denise Richards (Shauna Fulton) Is No Botched Barbie!

NBC ‘Days of Our Lives’ Spoilers: Ciara Brady Heartbroken, But With A…