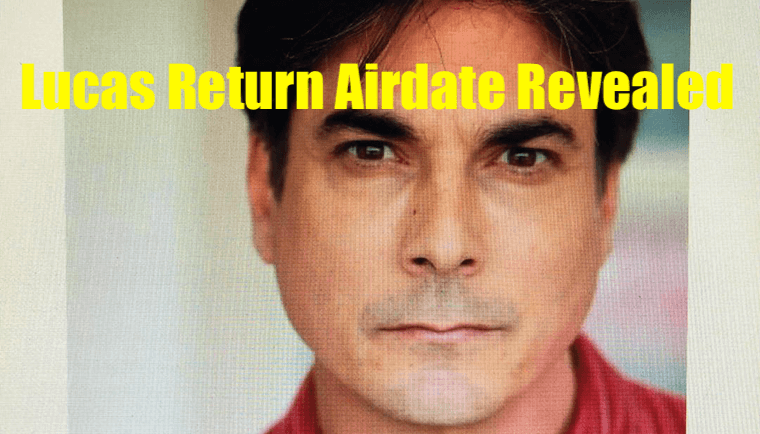 ‘Days of Our Lives’ (DOOL) spoilers reveal that a lot of familiar faces are about to show up in Salem. This comes on the heels of a bunch of recent departures. Can this shake things up for the soap? Here’s what you need to know.

Brian Datillo (Lucas Horton) will be back in Salem for at least six episodes this September. His first date is the 20th, but there’s no word on what is going to bring him back in town. The last time we saw him, he rushed home to be with Will Horton (Chandler Massey) when he was suffering the effects of the serum he took to regain his memories.

It was a very brief, yet impactful return, apparently. Alison Sweeney (Sami Brady) recently mentioned the love that came her and Brian’s way during their return. Outside of those six, we don’t know how long he’ll be in town but stay tuned! More details are sure to come as the first air date gets closer.

‘Days of Our Lives’ spoilers: Parade of returnees

We already know that Chad and Abigail Devereaux (Billy Flynn and Kate Mansi) are coming back, as well as Steve Johnson (Stephen Nichols). But we also have some other people coming back. Arianne Zucker will return as the real Nicole Walker, according to reports. Comings and goings news also says that Kristen DiMera (Stacy Haiduk) was granted a deal by Jack Deveraux (Matthew Ashford), because soon-to-return Dr. Wilhlem Rolf (William Utay) helped her pass as Nicole. Will the mad scientist responsbile for Salem’s current zombie invasion help Jack regain his memories?

Chrishell Hartley is also bringing Jordan Ridgeway back to Salem. It’s gonna be a busy time is Salem. We’re sure that whatever she ends up doing when she comes back, it’s not going to be good for Ben Weston (Robert Scott Wilson)

Finally, there’s a reported return from the alleged dead as One Life to Live vet Robin Strasser appears as Vivian Alamain. Should be interesting to see what kind of trouble she and Stefan DiMera (Brandon Barash) can get into. Please just say that Dr. Rolf had nothing to do with her being alive…

We’re hoping that with these huge cast changes in the works that some fresh energy and stories will be on the horizon. It’s definitely time after some recent arcs.