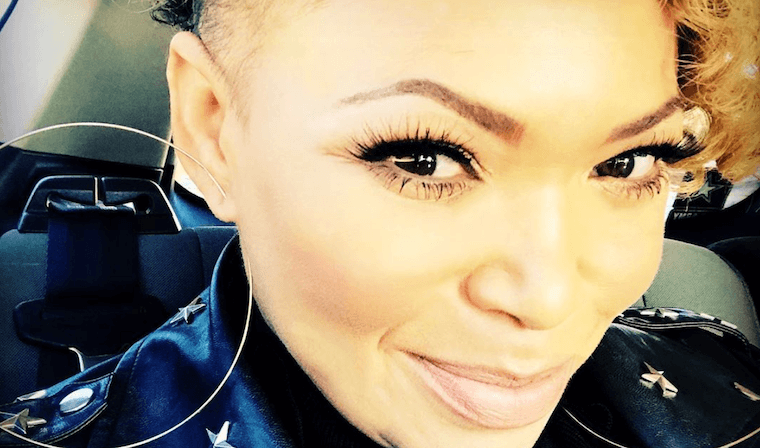 ‘Bold and the Beautiful’ (B&B) Spoilers find that next month, you will see a very familiar face. Tisha Campbell is going to be starring as Dr. Davis! Her first guest spot will air on October 4 and we are excited to see her!

‘Bold and the Beautiful’ Spoilers: Gina is on the Soaps

According to Campbell’s Instagram account, she said working on a soap opera is a lot of hard work! She loved every moment of working on the show and she was happy to show off her skills on the set! Campbell has also been working on Empire and Outmatched.

Tisha’s fan are so excited to this beautiful, and now 50 year-old actress playing Dr. Davis. We are not sure how many scenes she will have as of yet, but we know she will be awesome in this role! We really hope that she will do more than one episode, but our sources don’t have any information on that yet.

‘Bold and the Beautiful’ Spoilers: Social Media Blows Up

Campbell said as soon as she posted about being on the ‘Bold and the Beautiful’, her social media accounts went crazy! Her fans support her in so many ways and on Instagram alone, she has 1.6 million fans. In fact, many of her fans felt like doing a daytime soap opera wasn’t a good idea because of how talented she is. She disagreed and said she was very happy to step into a new role!

Many of the soap opera rumors are saying that this could be a new role on the show because there is always room for a new doctor. Medical drama is key on the show and who knows where this role could take her. We think that adding a new part of the show could actually help the ratings too.

‘Bold and the Beautiful’ spoilers indicate that Katie Logan’s (Heather Tom) latest medical emergency arc will coincide with Campbell-Martin’s introduction on the show. It remains to be seen just how Campbell-Martin will fit into the storyline,but for now, stay tuned for October 4th to see her nail her role as Dr. Davis!

‘Days of Our Lives’ Spoilers: Xander’s Huge Gaffe To Have Major Ramifications!