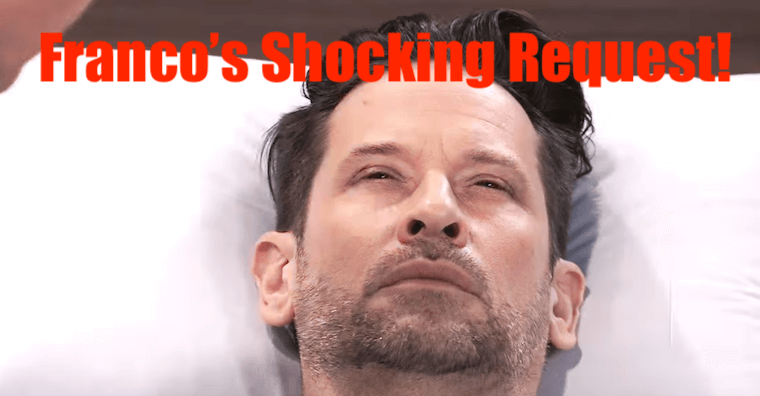 Cameron is on community service duty and still upset about what happened with Franco. Josslyn Jacks (Eden McCoy) and Trina Robinson (Sidney Mikayla) come along and catch him throwing things. He explains what happened the night before, shocking Joss and Trina. He’s blaming himself still, which the girls agree is silly. Joss points out that Shiloh (Coby Ryan McLaughlin) is a cult leader, and Cameron was in no way trained in how to handle nasty surprises like the one he got.

At GH, Laura’s being helpful while Elizabeth Webber (Rebecca Herbst) is stressing over Franco. To get her a bit of a break, Laura talks Liz into a walk, but Liz insists on staying in the building as close as possible. Laura’s brought the kids to camp for Liz and praises how Cameron handled himself with his younger siblings. Liz jokes about his lying skills. Their talk is eventually interrupted by Elizabeth being informed that Franco’s monitor was going off and he’s now been stabilized.

‘General Hospital’ spoilers: Who is he?

This is a huge relief for her, despite her concerns about Kevin Collins (Jon Lindstrom) being the one with Franco instead of an actual, you know, physician. We’re thinking the same thing. I mean, when that monitor went off, it’s not like he was going to need to sit and talk about his feelings or something.

She races in, despite warnings to hold off a minute and is thrilled to see he is literally up and about. She’s also concerned about that, as he’s too weak to be out of bed yet. Eventually, she’s shocked when “Franco” tells her he needs to speak to his superior officer.

Also shocking people today are Julian and Kim. Alexis and Kristina both are surprised to learn that they’re leaving and Julian is selling the bar. Later, Alexis worries that this is a situation where someone thinks they’re going to avoid their problems by leaving only to find it doesn’t work.

Speaking of Alexis, she and Neil Byrne (Joe Flanigan) are still dealing with their awkwardness over this turn in their relationship. Neil had actually gone to see Kevin earlier, and Kevin basically nailed it on the head when he called Neil out for being agreeing to treat Alexis despite the circumstances. He wonders if Neil was trying to avoid possibly starting something with her by putting that professional boundary up. Alexis had a meeting with Kevin as well, admitting the situation with Neil. Kevin will recommend someone for her, but Alexis wants a woman this time.

After they both spill what happened to Kevin, they end up crossing paths at Charlie’s. Kristina is in full match-maker mode, offering coffee on the house. However, they’re still awkward and decide to sit at separate tables to work, but they’re exchanging glances like a couple of kids in school.

Sonny is really going through it lately. Between the baby situation and his dad, we’re sure he’s in need of serious downtime. It doesn’t get any better today as he prepares for the “wedding” between Mike and Yvonne (Janet Hubert). Mike doesn’t know either him or Carly Corinthos (Laura Wright) today. In fact, he thinks that Sonny is the officiant who’s going to marry them and wants to know if Sonny brought the verse he wanted read. Poor guy. Sonny and Laura both play it off beautifully, and it actually gives Sonny a chance to get a message across. It seems that Mike is feeling bad about his record as a dad and is unloading on Sonny unwittingly. Sonny assures Mike that his son forgives him, and we have a brief moment where it looks like Mike is lucid. Awesomely done.

Marcus Godfrey (Nigel Gibbs) is being a bigger man today. He can’t bring himself to watch his wife supposedly marry another man, but he’s willing to let her have this moment if it makes her happy. In fact, he even stops by a moment with her favorite dress for the ceremony.

Stella is touched he would do that and ends up accompanying him elsewhere to talk. She praises him for what he did, but their talk soon changes gears when she gets a surprise notification. It seems that mystery relative of hers had a change of heart and wants to meet. Stella’s happy about it.