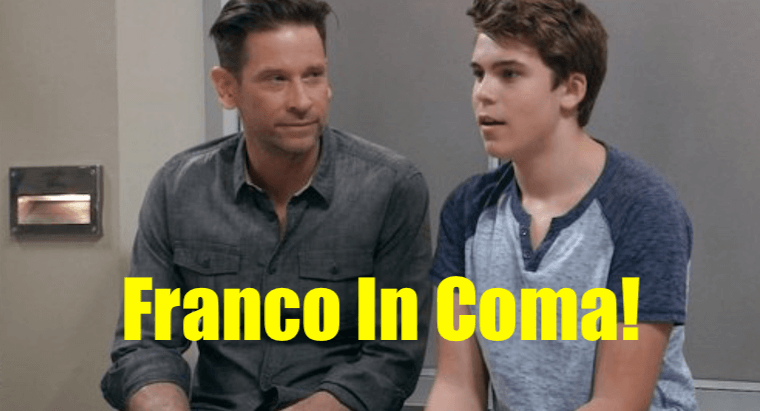 ‘General Hospital’ (GH) spoilers for Friday, August 9 indicate that Shiloh Archer (Coby Ryan McLaughlin) is through with waiting and wants Dr. Arthur Cabot (Time Winters) to hurry it up already. The clock is ticking on Shiloh’s plan and he wants to be able to find that money before the feds track him down and bust him.

Poor Cameron Webber (William Lipton) will watch helplessly as his stepfather makes the ultimate sacrifice for him. They will hook Franco up to the machine and Franco will become the new ‘Drew Caine’ (Billy Miller) as the memory mapping procedure starts.

Meanwhile, Elizabeth Webber (Rebecca Herbst) is freaking out about not hearing from her son, like any good Mom would. She wants to gout and start looking for him herself but Detecitve Harrison Chase (Josh Swickard) will advise against that. He thinks that its time for some police involvement just in case something bad happened to Cam and she couldn’t handle it. (Boy, talk about your gut instincts! He has some good ones.)

Even Drew will try and talk her down, but to no avail. The good thing is, Cameron is safe. The bad thing is, Franco will end up comatose after the procedure. Liz receives the disturbing phone call that while her son is okay, that Franco is the one that paid dearly.

Robert Scorpio (Tristan Rogers) will be the bearer of bad news for Maxie Jones (Kirsten Storms), Peter August (Wes Ramsey) will be on hand for a shoulder to cry on, but Robert doesn’t seem to like that. In fact he’ll warn Maxie that she’ll rue the day she ever crossed paths with Peter, calling him a ‘dirtbag’.

The news will probably be concerning Dante Falconeri (Dominic Zamprogna) and Robert will probably imply that Peter was responsible for his own shooting. Of course, Maxie won’t like this and will try to reassure Peter, she doesn’t want anyone ever convincing Peter that he’s unworthy of love ever again.

Meanwhile, Lulu Falconeri (Emme Rylan) will still be distraught over Dante and her upcoming divorce, but she thinks that she needs to ultimately move on with her life. She’ll pitch an idea to Willow Tait (Kate MacMullen), but there will be a misunderstanding and Willow won’t warm to the idea immediately but she’ll let Lulu know if she ever changes her mind. Lulu insists that they try it anyway and just see what happens. Either way, its good that Lulu has stopped focusing on her problems for the time being and is trying to move forward.

It seems that Lucas Jones (Ryan Carnes) will have some updates on Sasha Gilmore’s (Sofia Mattson) condition, but whatever the diagnosis is, it’s not what Mom Nina Reeves (Cynthis Watros) wants to hear. No word on what her condition actually is yet or how serious it is, but if Nina doesn’t want to hear it we can only assume its bad news. But how severe is the bad news going to be? Stay tuned!!!

‘Days of Our Lives’ Spoilers Friday, August 9: Rex Gets the Heck Out of Dodge, Leaves Salem For Good – Kyle Lowder Exits DOOL!

‘Bold and the Beautiful’ Spoilers: Star Annika Noelle Opens Up About Being Hope Logan!