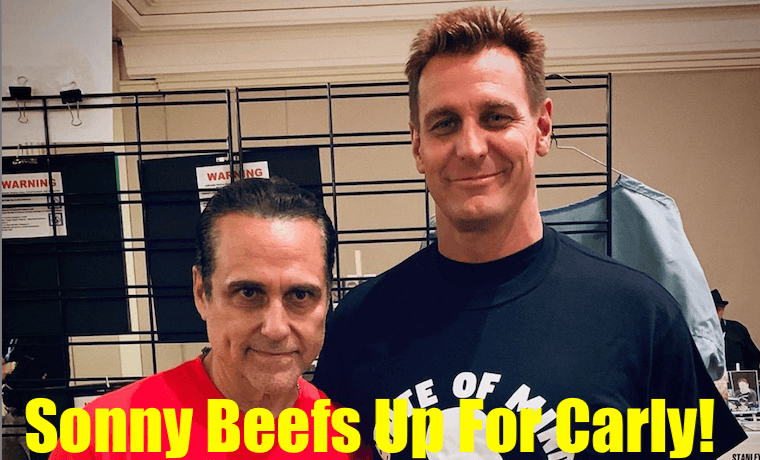 ‘General Hospital’ (GH) spoilers finds that if you thought that Jasper Jacks (Ingo Rademacher) was going to swoop in and claim his girl just like that, you might want to think again. Because there’s no way that Sonny Corinthos (Maurice Benard) is going to allow for it! As a matter of fact, actor Maurice Benard made it pretty obvious that it’s going to be a battle of the toughest as he shared an Instagram clip of him pumping some serious iron. And yes, he’s got quite a message for his fans in his hashtags, too. Here’s what you need to know.

There’s been a lot of speculation that there soon might be a love triangle between Sonny, Jasper and Carly Corinthos (Laura Wright), despite the fact that she’s pregnant with Sonny’s child. But when it comes to the world of daytime television romances, something like a little pregnancy won’t stop a homewrecker from doing his job, right?

Well, Maurice wants to make sure that his character will be prepared for anything that comes his way. Maurice shared his clip at the gym and cheekily posted a caption that said: “Training my arms with the greatest trainer in Australia, JAX RADEMACHER,always pushing me 2 push harder. Remember……When you think you can’t U CAN #Carson #marriage#carjax #betrayal #jarly #affairs#workout #betterarmsthanSteve#mbSTATEOFMIND #sfgiants.”

Wow! He even managed to make a jab at his other co-star Steve Burton (Jason Morgan), too. Clearly, Maurice is on a serious mission here! There’s no way that he’s going to let a handsome Aussie swoop in and claim his girl. At least not on his clock. Now, what will happen between Sonny, Jax, and Carly remains to be seen. Fans will have to tune in for all of the action!