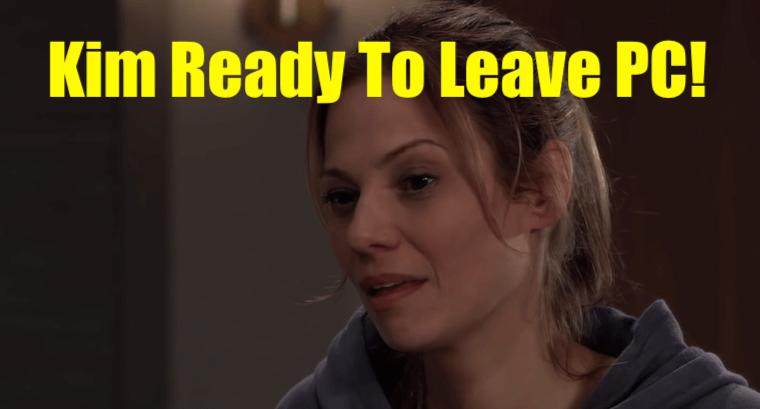 ‘General Hospital’ (GH) spoilers for Monday, August 12 indicate that Mike Corbin (Max Gall) is finally getting married to his lady love, Yvonne Godfrey (Jane Hubert). But while it’s a happy day for Mike, Sonny Corinthos (Maurice Bernard) has rather mixed feelings about this day. He thinks that the fact that Mike found someone is fantastic, but he’s also sad because he realizes that his Dad, and Yvonne for that matter succumbing to their advanced dementia.

Mike would never believe that Yvonne is already married to someone else, and while the ceremony won’t be legal, obviously, it’ll still give them some happy memories to hold onto before they shuffle off this mortal coil. Sonny will have to lean heavily on Carly Corinthos (Laura Wright) for support. Poor Marcus Godfrey (Nigel Gibbs) will also need someone to lean on. He will turn to Stella Henry (Vernee Watson) for support. He knows the ceremony between Mike and Yvonne isn’t legally binding, but it’ll still break his hear to ‘lose’ his wife to another man.

General Hospital Spoilers: Nobody ever plans to get kidnapped, Joss!

Josslyn Jacks (Eden McCoy) will wonder why Cameron Webber (William Lipton) vanished into thin air after community service, after all, they all had plans with their friends. Poor Cam has had just about enough BS and he will snap on Joss, basically telling her that getting kidnapped wasn’t in his plans either. Joss will be floored and will proceed to grill Cam for more info concerning what Shiloh Archer (Coby Ryan McLaughlin) did and how Franco Baldwin (Roger Howarth) saved him. Poor Franco, he’s at GH, comatose, with Elizabeth Webber (Rebecca Herbst) begging him to wake up and come home with her to their beautiful family. Poor Liz is still commityed to the cause, but their love will definitely be tested soon.

Alexis Davis (Nancy Lee Grahn) is suffering from a severe case of ruffled feathers. She’ll bend Dr. Kevin Collins’ (Jon Lindstrom) ear about getting ‘fired’ as a patient by Dr. Neil Byrne (Joe Flannigan), wondering just what on earth he’s thinking. Kevin will be the one to help her see that maybe, just maybe, Neil has some legitimate concerns when it comes to starting a relationship with her outside the therapy couch. What those concerns are yet, we have no idea but we’ll get answers soon enough.

Kristina Corinthos-Davis (Lexi Ainsworth) will be surprised to learn that Julian Jerome (William DeVry) is selling Charlie’s Pub. He tells her that he will be selling the pub and moving to Manhattan with Dr. Kim Nero (Tamara Braun). Of course Alexis won’t be too happy to hear about this, seeing the history that she and Julian have together, but she won’t want to focus on tat right now. She’ll be content to congratulate the two on a new beginning.

Kim will be talking to Lucy Coe (Lynn Herring) about selling her place and Lucy’s only too happy to help. She’ll go over the process with Kim and help her figure out an asking price. But while Kim is all ready to leave Port Charles behind, it looks like Julian might find some reasons to stay. After all, he was recently let back into his son and Grandson’s life and chances are he won’t want to miss anything when it comes to Baby Wiley after being locked out for so long. Also, could Kim find a reason to stay as well? If Franco does indeed wake up with the memories of Drew Caine (Billy Miller), then he’ll also remember his feelings for Kim! Ooh, won’t that be awkward? But interesting. Stay tuned!!!

‘Bold and the Beautiful’ Spoilers: Dr. Jordan Armstrong (Vincent Irizarry) Enters B&B, Gets Right In Between Steffy VS Hope Feud!