It’s that time again, time for Britney Spears to go off in a now deleted instagram caption about her family and about her ex and hoo boy she did not spare anyone. Sometimes, when you really get the time to think about what you’ve gone through and you really have the time to process your grief about a situation, you can have some troubling realizations, and from the way it looks on Britney’s instagram, that’s exactly what she’s going through.

Britney is still processing what happened to her during her 13 year conservatorship and you know, it didn’t happen overnight, she was in it for 13 years and she was not allowed to vent then… and we’re here for the tea.

Britney calls out everyone… again!

She said that she got a call from Jesus the other night (don’t take that one too literally, folks, it’s just a clever way of saying that she had an epiphany) and He told her that both her Mother and her ex served up a book and an album at a time when she needed them most.

She shaded her Mom’s book, “Through the Storm” (which is no longer in print, btw) and Justin Timberlake’s album that came out that allegedly called her out for cheating on him, but there were also rumors that Justin cheated on Britney as well… which honestly does make sense.

Notice how Justin has never once gone into detail about what happened and while that protects Britney, it also protects him as well and the court of public opinion can’t decide unless they know all sides of the facts, right?

She really went hard on Mom Lynnne Spears though, saying that every night she would scream from the rooftops “literally” and “argue with a drunk man who couldn’t even talk” every night, that drunk man meaning her Father, Jamie Spears.

She said that her parents were basically people who thrived on drama and never went to therapy, so imagine her surprise when they forced her to talk in therapy. She said where she came from going to therapy was generally looked down upon and she believes in taking it to God and that it’s no one’s business what your personal life is.

One can certainly see her point, because if Britney was forced to talk in therapy then why on earth didn’t her parents go? Such is the way with toxic people and trying to convince you that you’re the problem… it doesn’t seem like Britney was the problem.

Sister Jamie Lynn wasn’t immune either, she called her out for writing a book saying that she felt betrayed because a book was one thing that she would never do and Jamie Lynn went and did it anyway.

(Nevermind the fact that Britney does have plans to write a book later, but just because she landed a deal doesn’t actually mean we’ll ever see it in print, speaking from a writer’s POV here.) She called both her Mom and sister out, saying that they thrived on drama and… that seems kind of accurate.

She also went as far as to post the scene from her movie Crossroads on her instagram, the one where her character is searching for her Mother, finds her, and she’s telling about how her Mom rejected her, the film dialogue being, “She never wanted me.

My Father made her have me, and that I was a mistake.”  however in the captions Britney said, “Scene in a movie I did a ways back!!! When I realized my whole journey to find my Mom and she doesn’t want to se me!!! I know PRETTY F***ING SAD!!! I mean… Pssst it’s actually less worse than what my Mom did to me in real life so…” complete with an eyerolling emoji. 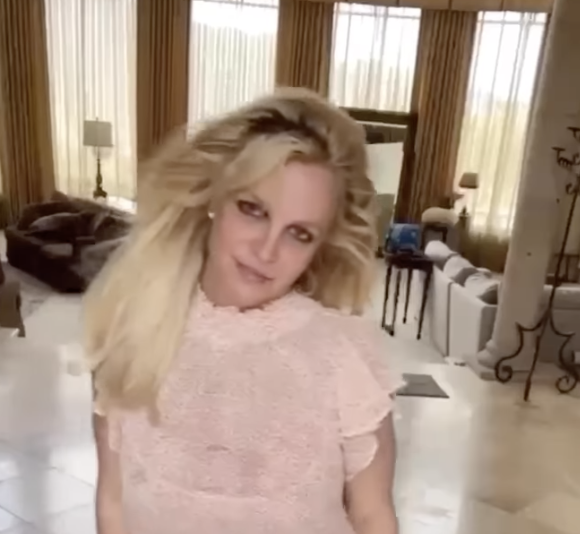