Skip to content
Home > TV > The Bachelor > ‘The Bachelor’ Spoilers: Audiences Aren’t The Only Ones Rejecting Clayton Echard; And Are We All Seeing Double?

‘The Bachelor’ spoilers find that the wine is usually flowing for audiences on a Monday night, but even stone-cold sober viewers were seeing double as the bachelor tried, but failed, to give away roses during the season 26 premiere.

To say Bachelor Nation is dubious that Clayton Echard will be able to helm the season and keep audiences captivated is an understatement, and it turns out even the hopeful bachelorettes had some naysayers among them.

Before we could even get to the limo exits, one bachelorette, Salley Carson decided she wasn’t as over her broken engagement as she hoped. The called-off wedding had been set for the exact same days as the first night of filming and far from seeing that as serendipitous, it put mammoth amounts of doubt in Salley’s heart and mind.

“I didn’t know it was going to be so hard to be here today, my wedding day”

She decided to visit Clayton before the night began and told him what was up but, because she was hot and blonde, Clayton didn’t see the fact that she applied to be on the show while either still engaged or extremely newly single as a red flag and promptly offered her a rose.

Salley’s breakup is so fresh her wedding registry is still up #TheBachelor pic.twitter.com/fbvBS8QSt2

Salley pondered accepting it but ultimately rejected Clayton’s first rose for the season.

Imagine a stranger knocking on your door to break up with you #TheBachelor pic.twitter.com/ldLR7C3FuP

While Clayton may never see Salley again after she packed her bags and headed back home, Bach Nation has a feeling we just might get her back on our screens in the near future.

when you secure a spot on paradise without having to exit a limo #thebachelor pic.twitter.com/ZIrY3xYaJU

30 minutes later the show could finally begin and audiences collectively checked their prescriptions as Clayton’s doppleganger, newly-minted host and ex-Bachelor Jesse Palmer welcomed the lead and the limos to the show.

Bachelor Nation felt no better about their eyesight (or alcohol consumption) as slightly less and less clothed versions of the exact same girl poured from the limos–with an inordinate amount of ICU nurses in the mix. I guess they really do need a break from the pandemic.

‘The Bachelor’ Spoilers: Audiences Aren’t The Only Ones Rejecting Clayton Echard; And Are We All Seeing Double?

How will he choose? #TheBachelor pic.twitter.com/QqWwIkJz2T

Each extraordinarily hot blonde told a cringe pun Clayton didn’t get and toddled off to the Bachelor Mansion to wonder why there were so many mirrors in the house.

Yes, the mansion is back- and so is the international travel- woo hoo. Now Clayton just needs some women to stick around and fly to all corners of the globe with him!

It wasn’t easy. If Salley’s premature departure wasn’t humbling enough, Bachelorette Claire decided to put another chink in Clayton’s armor. After their one-on-one time together playing cornhole while Claire emasculated Clayton at every turn, she then told the other girls she “just wasn’t that into him”. No, she “hated him”!

Claire: I hate him.

Of course, Clayton was promptly informed that one of the women had formed her own opinion and wasn’t falling at his feet and bam- she was outta there (but not before backtracking on the ‘hate’ comment- we wonder if Claire has learned how cameras work yet).

So, Clayton’s down 2 women before the Rose Ceremony?

Slipping away into the night as quickly as she slipped in (but with way less fanfare) was Samantha.

Samantha pulled up to the manse in a bubble bath, donning a black thong bikini and putting the sensors on high alert. But where did Samantha and her black box go?

No one knew until Samantha posted on her Instagram during the premier that she, too, wasn’t feeling it and decided to bounce and let those who were “all in” continue to pursue Clayton 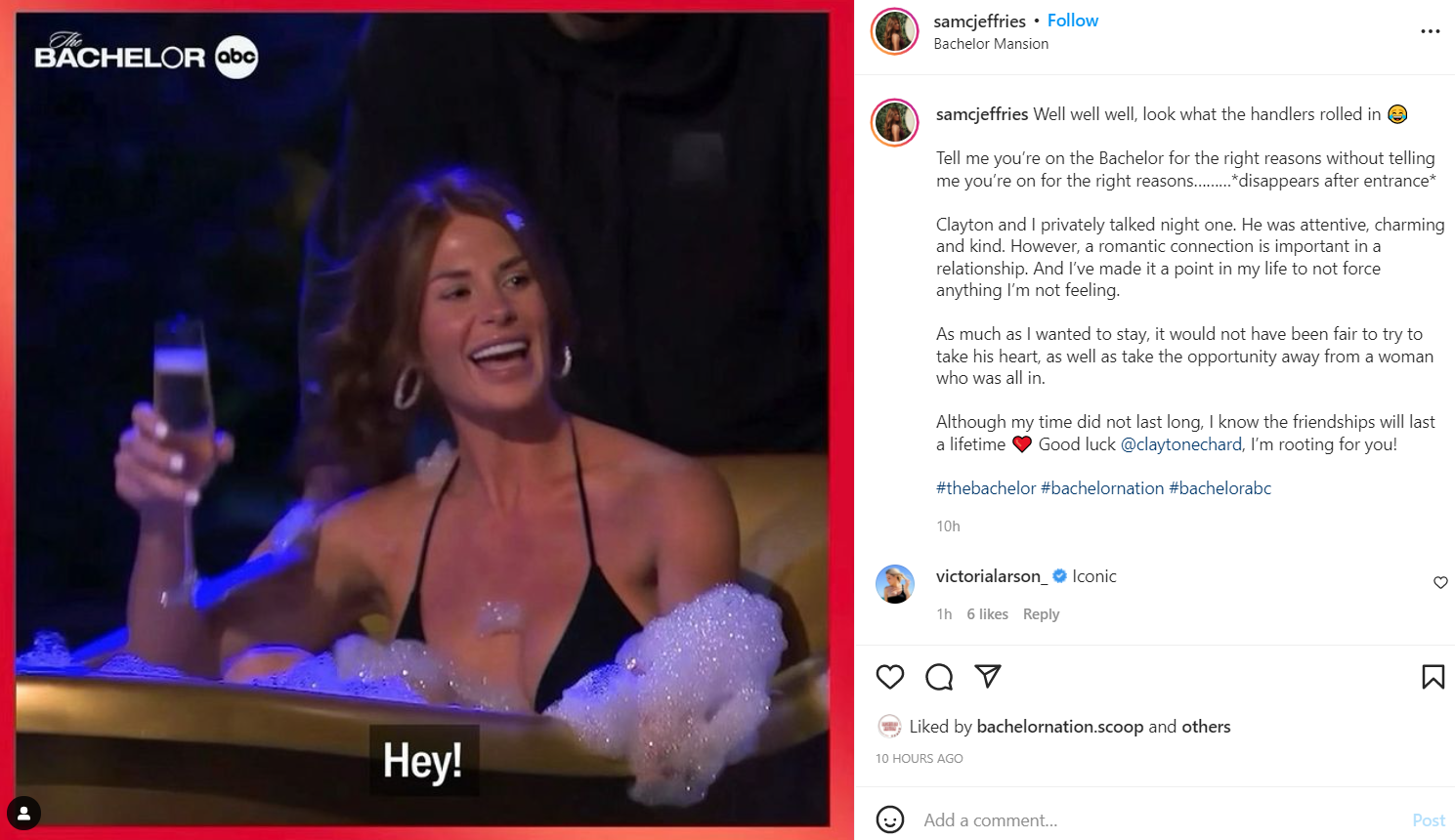 Very courteous of you, Samantha, but that’s not how you get on Bachelor in Paradise!

Don’t feel too bad for Clayton, though, the previews show that Clayton and his fellow globetrotters will get up to all sorts of hi-jinx this season and promptly ruined the show by outing Clayton’s final three ladies.

So they’re just gonna show us the final 3 in the trailer on the first night? #TheBachelor pic.twitter.com/PKPzqXYdvt 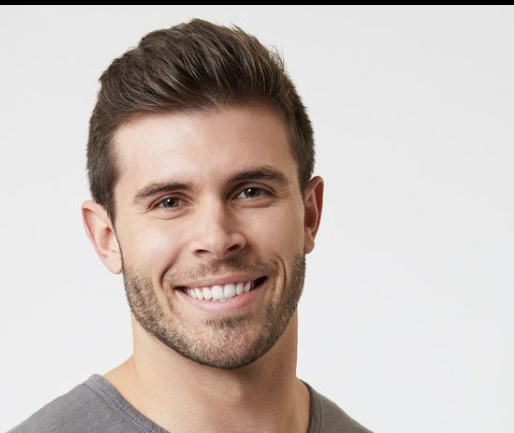