Skip to content
Home > TV > The Bachelorette > ‘The Bachelorette’: Tayshia Adams Enjoys Some Time Off During The Christmas Holidays To Get Over Zac Clark-‘No Better Place’ 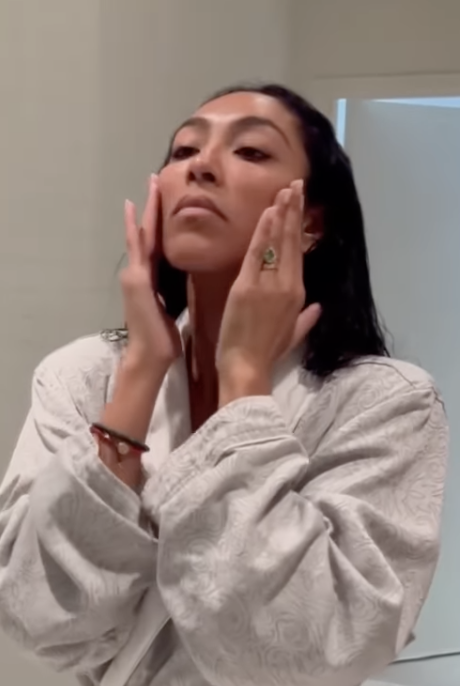 ‘Bachelorette’ star Tayshia Adams took some time out for introspection during the recent Christmas holidays.

‘The Bachelorette’: Tayshia Adams Enjoys Some Time Off During The Christmas Holidays To Get Over Zac Clark-‘No Better Place’

Tayshia, for her part, has not had the easiest of Christmas celebrations for the following reasons. First of all, she recently announced her split from her ex-fiance Zac Clark.

Therefore, this would have been the time where the two would have been getting close together. Secondly, she recently concluded hosting duties on Michelle Young’s season of the show.

As such, with work-related duties having stopped for a while, she has had more time to think about things. In a post to her fans on Instagram, she shared a video of herself as she is standing in the snow smiling during her trip to California’s Laguna Beach.

The post included the following words: “[It’s] a beautiful, serene morning. Merry Christmas, everybody. No better place to give gratitude, pray & reflect.” This period of reflection is going to be significant for her life going forward.

It is not clear whether she is going to take a break from the dating scene, but in light of the fact that she does host a show where people are trying to find their life partner, it is very hard to state that she does not get influenced by that in some way.

This is especially true since her co-host Kaitlyn Bristowe could not be any happier with her partner. This feeling was hinted at in Tayshia’s previous comments.

In a prior interview, she remarked: “All in all, all I have to say is that I’m heartbroken. But we tried really hard and I still love him very much. And I’m not sure what the future holds.”

The best thing that Tayshia can do is take some time out for herself and make sure that she enjoys the holiday season with her close friends and family.

In that way, she will be able to bury the pain that has been caused by her breakup and focus on bigger and better things. After all, she has so much to look forward to with the New Year on the horizon.