Skip to content
Home > TV > The Bachelor > ‘The Bachelor’ Spoilers: Bachelor Nation Skeptical but Clayton Echard Promises a “Doozy” of a Season

‘The Bachelor’ spoilers find that ABC has apparently already discovered the error on their ways in trusting a bunch of fifth graders and are doing everything in their power to ingratiate new lead, Clayton Echard with Bachelor Nation.

It was leaked before Michelle Young’s Bachelorette season even aired that Missourian ex-NFL player, Clayton would try and fail to woo Michelle before going on to helm the 26th season of the embattled Bachelor reality series. This instantly had Bachelor Nation watch Clayton with a different mindset and boy did he NOT deliver.

‘The Bachelor’ Spoilers: Bachelor Nation Skeptical but Clayton Echard Promises a “Doozy” of a Season.

Other than a heavy-handed send off from Michelle’s students recommending Clayton to be the next lead to search for love, ABC gave viewers pretty much zip, zero, nada.

Knowing he’d be the next lead, Clayton’s very bland, white bread edit had audiences scratching their heads at best or calling The Bachelor out for “white washing” AGAIN at (not even close to) worse.

Now ABC is scrambling to get viewers interested in their new leading man and upcoming season.

Look, Clayton is a decent looking guy in the Frankenstein’s Monster meets Prom King sense. However, ABC wanted hearts to melt a little further and so, tag-lining the promo for season 26 “Everyone loves an underdog” they made the smart yet smacking-of-desperation decision to throw some adorable puppies in the pic. 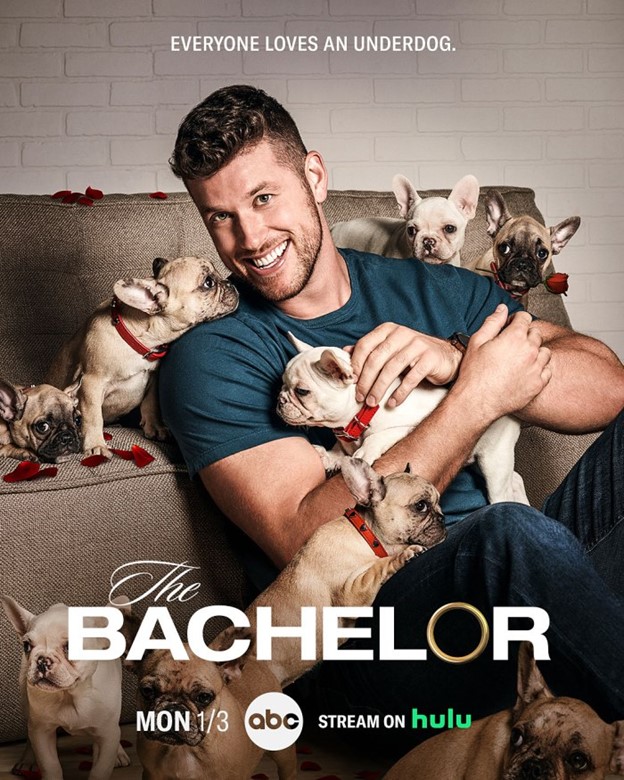 Of course, social media has been lighting up with questions about whose leg Clayton had to hump to make it as a lead. So, to prove he’s not all puppies and pigskins, they pitted Clayton against Twitter and slipped Bachelorette host, Kaitlyn Bristowe a few extra greenbacks to make Clayton appear self-effacing as he read mean tweets about himself on live television and “laughed it off”.

Unfortunately ABC doesn’t have the self-awareness they are promoting Clayton to possess, or they would have rolled executive producer Mike Fleiss out to read tweets like

this happened with marquel, mike johnson, and the list goes on. #thebachelorette

Are they really going to act like the anti Clayton sentiment is based ONLY in mean girl pettiness and not our collective exhaustion with BIPOC erasure/exploitation and White supremacy??? #TheBachelorette

Anyone else sensing a theme?

‘The Bachelor’ Spoilers: Desperation has set in

ABC is now steering into the skid(mark) and have basically given us Clayton’s final three ladies in an effort to show there will be at least some watchable moments this season. It has also been added to the previews that Clayton falls in love: not once, not twice, but thrice and gets freaky in the sheets with at least two of the ladies.

Yeah, that’s the big upset in what Clayton has promised to Us Weekly will be a “doozy” of a season. Another choice word- “chaotic”.

If you say so.

Look, Bachelor Nation is loyal, no matter how many Arie Luyendyk’s or Pilot Pete Webber’s they shove down our throats. Audiences will tune in on January 3rd to see the premiere of season 26 of The Bachelor. After all, the heavy lifting really belongs to the women of the mansion.

Bring on the “Crazies”!