‘General Hospital’ (GH) spoilers reveal Briana Nicole Henry surprised fans when she announced her sudden departure from GH. The character of Jordan Ashford was written out after suffering damage to her remaining kidney due to getting caught in a gas leak.

The setup was to prevent her from finding answers during an investigation. But the character didn’t die, she was just sent offscreen to heal in a facility equipped to deal with her situation. So, what’s the actress been up to since leaving the show? She revealed a couple of surprises on her Instagram recently. Here’s what you need to know.

First off, ‘General Hospital’ spoilers might not include Jordan right now, but her former portrayer has been keeping busy. In a post to her account, she revealed a new project she’s working on.

Said the actress and director, “I’ve directed/created a series of shorts that will accompany beautiful music written by @krisbowersmusic plus more, played by the @laphil this Saturday 11/20 at @waltdisneyconcerthall. You’ll also be able to hear the brilliance that is @yrsadaleyward ‘s poetry trickled throughout.”

The project looks interesting and her former GH co-stars were quick to weight in. Tamara Braun (Ex-Kim Nero), posted, “Verified Beautiful. Love you.”

Alli.Du wrote, “Watching you direct for the first time, felt like it was the 50th time I’ve seen you direct.”

Sounds like the project is a hit, and we’re looking forward to seeing what else she might have in store. 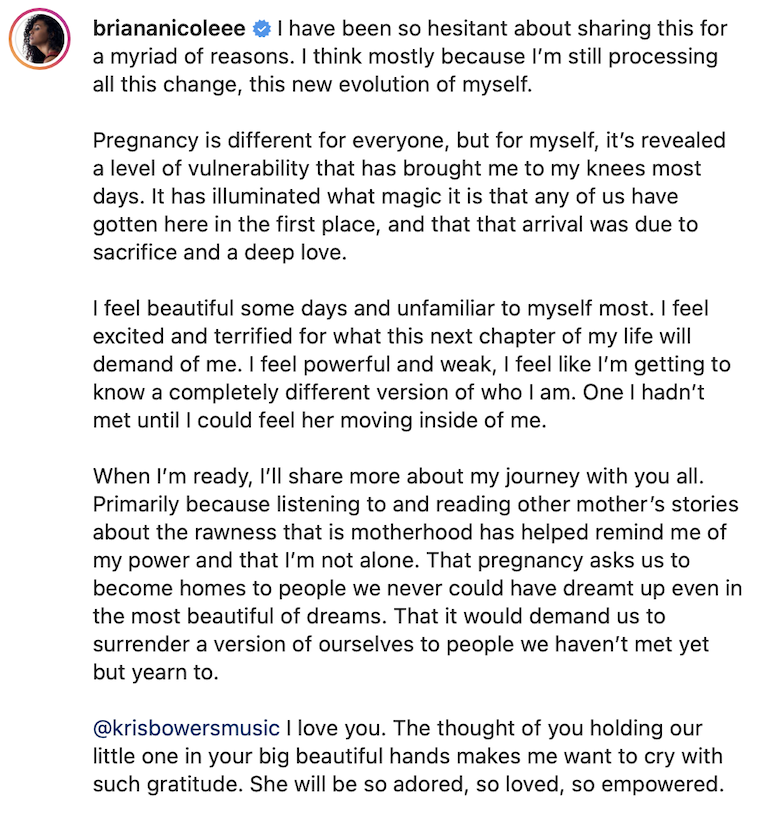 But the shorts aren’t the only thing Henry has going on. In another post, she revealed she’s about to have a baby.

Said the actress, “I have been so hesitant about sharing this for a myriad of reasons. I think mostly because I’m still processing all this change, this new evolution of myself.”

“I feel beautiful some days and unfamiliar to myself most. I feel excited and terrified for what this next chapter of my life will demand of me. I feel powerful and weak, I feel like I’m getting to know a completely different version of who I am,” continued Henry.

The caption, which you can read in full here, accompanied a picture of the actress showing off her growing belly. We congratulate her on her upcoming arrival and wish her the best.

As for her character, Henry didn’t make it sound like this was a brief absence and she’d return someday. So, we imagine Jordan will stay off camera for the foreseeable future. Ultimately, we believe they’ll end up recasting the character. Her connect to others on the show was pretty strong, and she was the Police Commissioner. So, we can’t imagine they’ll just leave the role vacant forever.