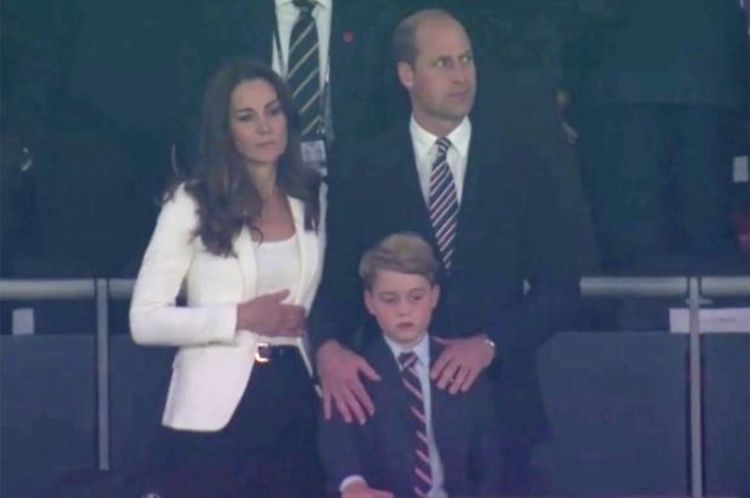 This isn’t the first time that it’s happened and it’s surely not the first thing that he’s had to say something about it. As the patron and president of the Football Association in England, Prince William has condemned the racist taunts by online trolls towards the three players of color during England’s loss against Italy at the Euro 2020 finals.

And while the Duke of Cambridge says that he was “sickened” by the racism hurled at the black English players, many people are pointing out that Prince William really hasn’t done anything to solve the problem on his end, either. Here’s what you need to know.

Prince William slammed racism against Black English soccer stars following The Three Lions’ loss on Sunday at Wembley Stadium. He took to his Twitter account to write, “I am sickened by the racist abuse aimed at England players after last night’s match.

It is totally unacceptable that players have to endure this abhorrent behavior. It must stop now and all those involved should be held accountable.”

But this isn’t the first time that Prince William has had to say something about racism in British sport. Back in February, the future King of England backed calls for a new regular working group between the social media companies, the FA and football leagues after a spate of abuse directed at top players.

In an emergency meeting as part of his role with the FA, William said “enough was enough” after several high-profile black footballers including Manchester United star Marcus Rashford revealed they were abused online.

He said at the time, “It makes me so angry that people are allowed to act like this. I’ve had enough of the excuses, it has gone on for too long. This is on every one of us and we must come together to stamp it out.”

Of course, it didn’t take long for soccer fans to weigh in on the matter and Prince William’s actions, or lack thereof.

Many of them took to their social media accounts to write, “So once again very much not racist William’s statement simply specifies that *football players* shouldn’t have to endure racist abuse, completely ignoring the very real violence that Black and brown people faced immediately following the loss,” along with, “Seeing lots of ‘Meghan was right’ from non-squad people. England showed its ass and I hope those guys go where their humanity is respected and never play for that country ever again.”

Another critic put it this way, “More proof that everything Meghan/Harry said in the Oprah interview is TRUE. The racist Prince and his wife sat back, watched and encourage racism toward Meghan. The did NOTHING. Now the racist Prince is very much against racism…..sure he is.”