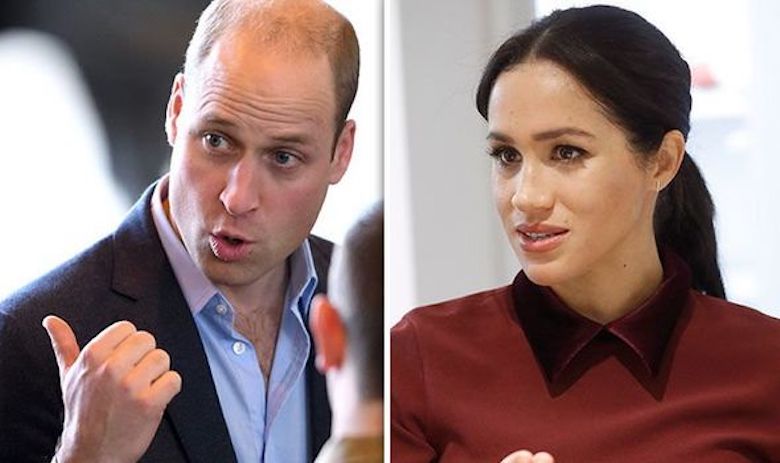 Despite all of the reports that suggested Prince William wasn’t a fan of Meghan Markle from the very moment that he met her, the Duke of Cambridge did try his best to make the former Hollywood actress feel like she’s a member of the British Royal Family.

Or at least, that was his intention, along with the rest of the family. But after one dramatic thing led to another, Prince William couldn’t hide his disappointment anymore. His little brother Prince Harry married a woman who clearly didn’t want to play by the royal rules.

Apparently, he saw the signs early on. He realized that their relationship was going way too fast and that Meghan was just a little bit different than the rest of them. For starters, she was American.

She was also a Hollywood actress who made her own money and her own decisions. The royal world is certainly different than that of the entertainment industry. You can’t treat all of your royal engagements and public appearances like they are potential business deals.

While Prince William has never made any public comments about his sister-in-law, reports have indicated that he is no fan of the Duchess of Sussex. He is still quite upset that the Duke and Duchess of Sussex decided to leave their royal way of life in a move that has since been dubbed as ‘Megxit.’

There have also been some suggestions made that the reason why their was so much discord behind the scenes was because Prince William was possibly jealous of all the media attention Harry and Meghan were getting during their engagement and first year of marriage.

Some critics believe that William’s jealousy might have been the reason why Meghan was left so miserable, as the royal family refused to back her up against all of the wild media claims made about her or give her support from all of the racism that she experienced, too. Either way, the royal feud certainly turned out to be more Prince William versus Meghan Markle than Prince William versus Prince Harry.

So, what does Prince William really think of Meghan Markle? He’s probably relieved that she is now living thousands of miles away in California, but disappointed that his brother Harry is there with her. Watch this space as we have a feeling that the feud between the Cambridges versus the Sussexes hasn’t even reached the tip of the iceberg yet.