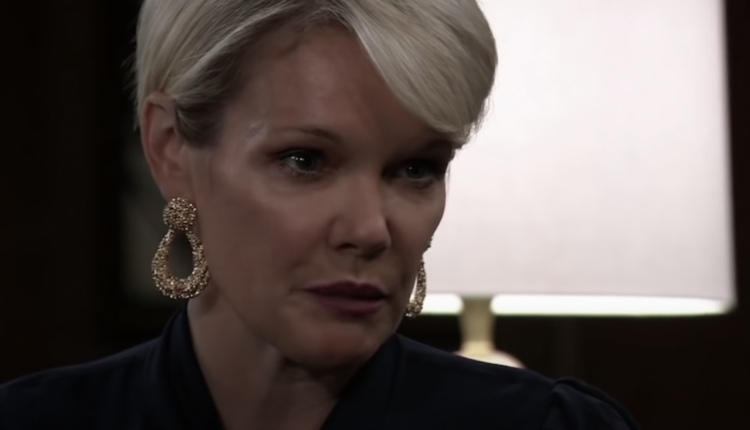 First, ‘General Hospital’ spoilers indicate Olivia isn’t ready to give up. On Thursday, she and Sam McCall (Kelly Monaco) found out almost ever bit of Tracy Quartermaine’s (Jane Elliot) story is bull. Sam warned her this might not turn out well, but Olivia will continue to push for the truth.

On Friday, she wants Robert Scorpio (Tristan Rogers) to teach her how to be a spy. This should be fun, because they were enjoyable to watch during their overseas adventure.

One person who might not appreciate Olivia’s new mission is Ned Quartermaine (Wally Kurth). In the promo, Ned asks, “Where were you?” Sounds like he’s getting nervous, and he should be.

Any time now, his affair will be out in the open, and this will get ugly. We’re getting the feeling one thing Olivia won’t be able to forgive easily is how Tracy framed a woman to keep the secret. And Ned hasn’t really done much to get Tracy under control.

Elsewhere, it seems Nina Reeves (Cynthia Watros) and Jasper Jacks (Ingo Rademacher) are about to take a big step in their relationship. However, other sources are saying this could be a back and forth moment in their relationship, and the promo and other teasers seem to back that up. See, Carly can’t shake this feeling, which sounds a lot like what she said about Nelle Benson’s (Chloe Lanier) disappearance/death.

Related to this, teasers say Ava’s dangerously close to exposing a secret. This makes us think Carly is definitely referring to the Nelle situation and that necklace. Our best guess is, Avery Jerome-Corinthos (Ava and Grace Scarola) will keep asking for that necklace.

Which will make Ava put pressure on Carly, who won’t want to hand it over. Once she does, it seems only a matter of time before the secret’s out. And Nina won’t be okay with Jax keeping that from her.

ABC ‘General Hospital’ Spoilers For January 18: Busted beyond the grave

In other ‘General Hospital’ spoilers, poor Dev Cerci (Ashton Arbab) kind of creeped us out a while with that scam to get between Josslyn Jacks (Eden McCoy) and Cameron Webber (William Lipton). However, he did seem on the verge of a possible redemption when he died.

It looks like his fake journal thing won’t die with him, though. In the promo, Joss asks Cam why he’d think she threw her journal away. Sounds like everything is about to come out there, too. We have the feeling Joss will be a bit upset, but get over it pretty quick.

This has potential to be complicated for Joss, Cam, and Trina Robinson (Sydney Mikayla). There’s been a bit of a triangle situation, and knowing what Dev did (and likely why) could make things complicated. Other teasers are indicating Joss might be the one left in the dark about a lot of it, so we’ll see how this works out.

Finally, ‘General Hospital’ spoilers reveal it’s decision time. It looks like Willow may be putting a pause on things between her and Michael Corinthos (Chad Duell), as they need time to figure out what they mean to each other. We really hope these two stay together.

For us the original pairings died with the lie. Let Michael and Willow enjoy a new life together. It might be nice to have them happy and enjoying each other’s company to balance out the drama in the Quartermaine and Corinthos homes.

CBS ‘The Young and the Restless’ Spoilers: Victor and Adam Make Headway; Abby Hears Back From her Doctor