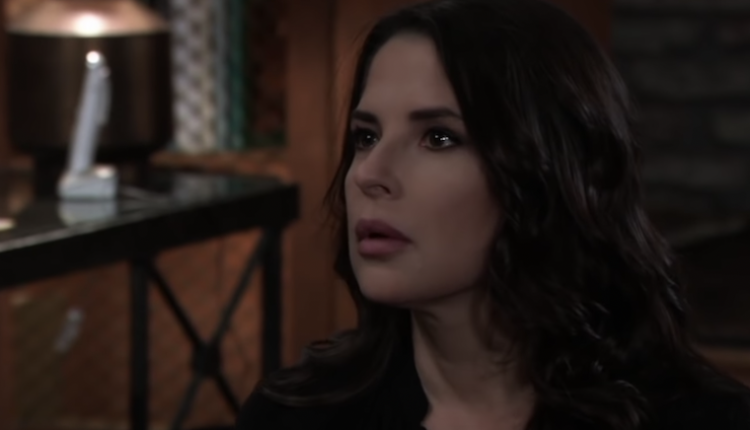 ‘General Hospital’ (GH) spoilers for January 15th reveal a triangle going on. One we already know how we want to end. Plus, we’ll see Sonny Corinthos (Maurice Benard) navigating his changing circumstances, while the search for answers in Alexis Davis’ (Nancy Lee Grahn) situation begins. Let’s take alook at what the teasers and promo say.

First, ‘General Hospital’ spoilers indicate a little conflict ahead for two former friends. Well, more conflict, we should say. Chase tells Michael Corinthos, “I’d be remiss not to caution you.”

Looks like they’ll maybe go back and forth a bit over Willow Tait. Chase wants her back, but Michael and Willow started getting close until the lie cam out. We can’t help but think this will lead to a long triable situation.

Adding to this though, Willow asks, “What if you are the one?” We could be wrong here, but we have a feeling she’s talking about Michael. They’re going to be raising a kid together, whatever their status, so we can see her questioning things.

Especially since Chase let her down already with that lie. Not to mention, she did remind Chase she’s married during their date the other day. So, all signs are definitely leaning to Michael.

We sort of like that and hope she does choose him. Their relationship’s been fun for us, and Willow’s got a huge advantage, from what they’ve mentioned of Michael’s past loves. As in, she’s not a liar.

Brick asks someone, “Ring a bell?” Given Cyrus Renault (Jeff Kober) dropped by near the end of Thursday, we guess this is directed at him. He’ll probably have a lot of questions. One, about the attack that led to Sonny’s accident.

Two, the recent attack at a warehouse someone was bringing drugs through. It seems Jason Morgan (Steve Burton) will be laying a lot of blame at Cyrus’ feet, so expect this meeting to only make matters worse.

ABC ‘General Hospital’ Spoilers For January 15: Careful what you wish for

In the promo, Sam McCall (Kelly Monaco) wants to know, “Are you willing to follow this, wherever it leads?” This is about her and Olivia Falconeri (Lisa LoCicero) working together to find out what really happened the night of Alexis’ DWI.

This will not end well for her, and we think Sam knows it. Tracy Quartermaine (Jane Elliot) has done a terrible job “helping” Ned Quartermaine (Wally Kurth). So, it won’t be surprising that she’ll leave a ton of clues to prove her guilt.

Finally, there’s Sonny. ‘General Hospital’ spoilers reveal Sonny says, “You’re not gonna like the answer.” It looks like he’s out of the hospital in the clip, so it looks like someone’s concerned about Sonny’s state or appearance.