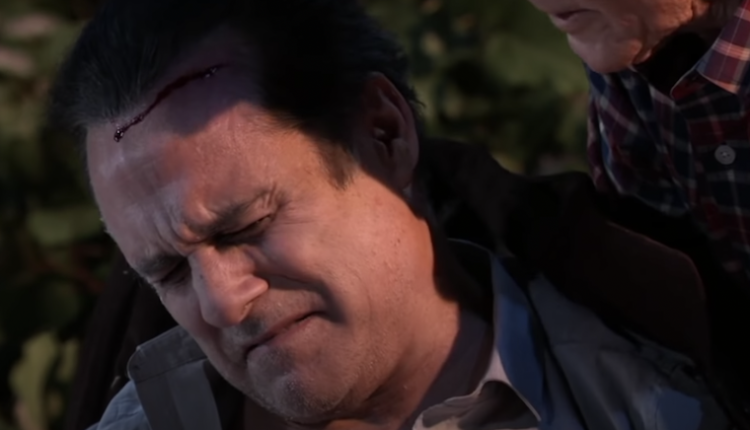 ‘General Hospital’ (GH) spoilers for January 13th reveal we’ll see Sasha Gilmore (Sofia Mattson) standing up once again. Plus, Curtis Ashford (Donnell Turner) gets some news that likely won’t sit well. Plus, we’ll see Brick (Stephen A. Smith) back in action again. Let’s take a look at the promo, plus what Sonny Corinthos (Maurice Benard) is up to.

In the promo, she wonders, “what if Alexis Davis (Nancy lee Grahn) isn’t the cause of this?” She’s talking to Sam McCall (Kelly Monaco), so answers won’t be far behind. Sam isn’t shy about digging into stuff, and she definitely wants to protect Alexis the best way she can.

If she gets any proof something shady happened to Alexis, she’ll be on it hard. We can’t wait to see Tracy lose it when the truth comes out.

As for Alexis, she asks, “Who are you lying to?” It doesn’t show who she’s talking to in the promo. However, we think it’s either Tracy, or she’s coming down hard on herself. Knowing Tracy’s track record with this so far, it wouldn’t be surprising if she showed up to see Alexis.

In other news, Brando says, “News travels fast around here.” He’s taking off his shirt at GH, so it looks like he’s about to get checked out after that fight. Will it be Sasha he’s talking to? We’re leaning toward it, because the Corinthos family is a little busy right now. Plus, Brando took such an interest in her well-being, she could return the favor while at GH for treatment.

Speaking of Sasha, ‘General Hospital’ spoilers reveal she doesn’t know when to stop. Sasha tells Cyrus Renault (Jeff Kober), “I know it was you.” She is determined to make him pay, and we think she won’t quit until he’s taken down, or he takes her out.

We’ll see how this goes. Something tells us it will be in defense of the Corinthos family, as she was there for Michael Corinthos (Chad Duell) when he shared the recovery mission news.

As for this whole mess, Laura Webber (Genie Francis) tells Curtis to prepare himself for a shock. Sounds like she’ll share the missing mother story. Plus, the suspicions  as to who did it. Related to this, Jason Morgan (Steve Burton) tells Brick that the family needs a favor.

According to Brick, that’s why he’s here. We guess he’ll either be looking for support in the kidnapping thing Carly Corinthos (Laura Wright) started, or figuring out where to go from here now that Sonny is out of the picture.

Speaking of Sonny, he asks a nurse if anyone is looking for him. We can see this one dragging out a while, and it should be interesting to see Benard play this out.

Even if it’s beyond stupid that he survived about a week unconscious in the snow. Bad move, writers. Although, nice try in having Mike Corbin (Max Gail) come to assist his son from beyond. He was still way too late.