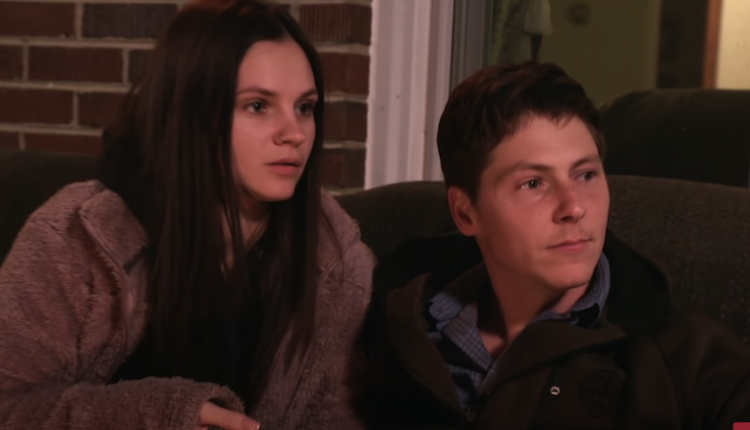 ’90 Day Fiancé’ Spoilers tells that when Ron Gibb, Brandon Gibb’s Dad asked him if he wanted to give “all of this” (meaning the farm) up, and Brandon just gave him this blank stare. He says that his relationship with his parents has never been like this before, it’s now obviously strained since Julia has come on the scene because he has neglected his farm duties.

Brandon says that while he appreciates the home that his family has made for him, that since fiance Julia Trubkina has come into his life, the farm is not his dream, that was his parent’s dream. He wants to focus on what he and Julia want, that Julia is his dream.

Poor Julia is trying, but they’re not really giving her enough time to adjust. She has literally never worked on a farm before, she doesn’t know farm life and she doesn’t really grasp that there are a million chores to be done on a family farm.

Also, she is not a morning person, she is more of an afternoon/night person. I think if they could ease her into some chores that were more on her schedule then she would probably be mroe open to helping them but the Gibbs don’t want to be flexible at all about this and they want to force Julia and Brandon into their schedule. Granted, Brandon I could see them wanting him to get back to work since he knows the drill already, but give Julia a break!

Julia tried to work with Brandon’s Mom, feeding the goats, but it was a little overwhelming for her. She was concerned about the baby lambs and the baby goats getting fed first, but the Mamas seemed to be the ones getting all the food. (I guess that’s okay, they’ll just nurse them later.)

It would’ve been funny if Betty hadn’t deprived her of her morning tea, which is caffeine-laden which could have helped her wake up and get her day started but Betty quickly snapped that they didn’t have time for that (in spite of having a cup of coffee in her own hand!) and forced her outside to feed the animals. Thing is, she expected her to be completely awake and alert!

I’m sorry but that is just not happening. Betty and Ron need to realize that you can’t make a farm girl out of a city girl – and that’s obviously what Julia is, she’s never worked on a farm and she has no interest now. I’m still wondering what on earth these two intend on doing when Bradon and Julia move out, are they going to do everything in their power to hamper that move or what? Stay tuned!!!