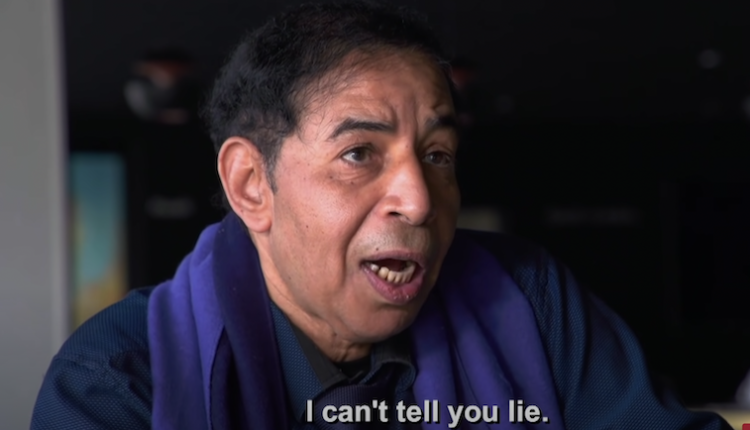 On 90 Day Fiancé, we saw Andrew Kenton and Amira Lollysa trying to get to one another in Mexico. Amira was detained and then sent back to France. Andrew felt like he couldn’t do anything since no one spoke English. He immediately just went to his resort to wait and see what he could find out another day.

Andrew has gotten a bad name and a lot of backlash from fans of 90 Day Fiancé. Amira told her father some very disturbing news about Andrew and this really made fans turn their back on him. Now, Andrew is telling fans that her father completely abandoned her as a child.

Not only did Andrew feel it necessary to lash out at Amira’s father, he did it very publicly, on his Instagram account. He posted, “Amira’s father, Hamdi, has never met any of Amira’s boyfriends because he cycles in and out of homelessness. He is always begging for money (I have given to Amira’s family substantially).

He is feckless, taking money, he has some delusion to believe he is the man. That’s some man right there… He has repeatedly tried to get his daughter on TV. Big Brother France and various others. Fame over anything.” In the post there were pictures of Andrew hanging out with kids.

When she FaceTimed him from France, he just was telling her all about what he was going to do in Mexico without her. It seems like he just doesn’t care about being with her anymore from what we have seen.

He told cameras, “Now that Amira is safe, the least I can do is take advantage of the situation and do a little self-care.”  Fans of the show immediately thought this was a total jerk move on his part and feel like he showed my empathy at all for her situation. The question now is if she will still want to be with him after all of this.

Be sure to watch and see what happens next on 90 Day Fiancé. The show airs on Sunday nights at 8 p.m. EST on TLC. You can also follow Andrew and Amira on Instagram for updates.