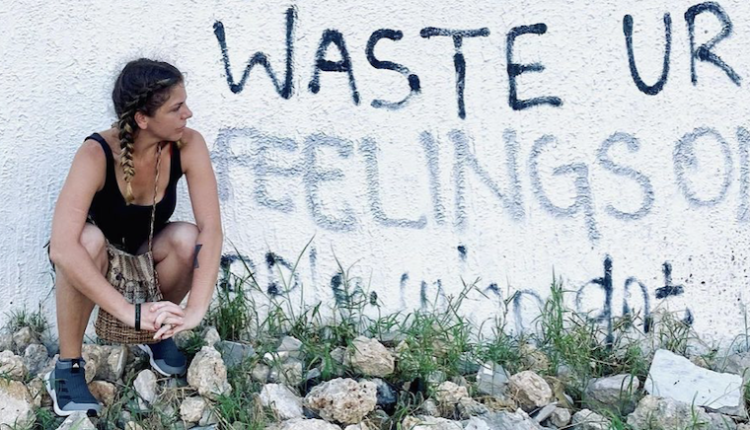 ’90 Day Fiancé’ spoilers on the newest season of the show we have seen Amira Lollysa and Andrew Kenton trying to meet up together in Mexico. The couple flew to Mexico thinking that this loop hole could get Amira to the states even though there was a travel ban for Europeans into the United States.

Amira got detained in Mexico City and was held in a detention center. Andrew tries and tries to get someone on the phone who speaks English, but has no luck. We will get to see what happens on the newest episode of 90 Day Fiancé, but there have been many 90 Day Fiancé alum reaching out to Amira and one of them is Ariela Weingberg.

Amira seems incredibly distressed in the spoilers for the next episode of 90 Day Fiancé and from what she has seen, Ariela wanted to share some advice with her. Amira posted on her Instagram account a picture of herself and captioned it, “Free at Last!”

Ariela was quick to reply, “What doesn’t kill you makes you stronger.” Amira actually pinned this comment to the top of the replies and then she replied to Ariela, “Thank you so much my dear, Ariela. Women are so strong.”

When this season of 90 Day Fiancé began, we saw Amira’s father telling her that he had a very bad feeling about her flight to Mexico and her meeting up with Andrew.

She also had a strange feeling about the flight and showed her concern when she boarded her flight in France. So fans are really curious about what will happen next for these two. Will Amira get deported or will she be able to be with Andrew once and for all?

Fans of the show think that Amira and Andrew’s plan is pretty risky. The couple just wants to be together and Amira’s K-1 visa is going to run out very soon. She is nervous that they will run out of time and they will have to start another visa process. Will Andrew be able to take it if she does get deported?

Be sure to keep an eye on this couple on 90 Day Fiancé. We hope to see the outcome on the new episode on Sunday night. It airs at 8 p.m. EST on TLC. You can also keep up with Amira and Andrew on their social media accounts. They have both started to post a little more on Instagram.

DWTS: Chrishell Stause Hits Back At Abuse She Received On Instagram In Response To Her Post – ‘Dancing With The Stars’ Spoilers