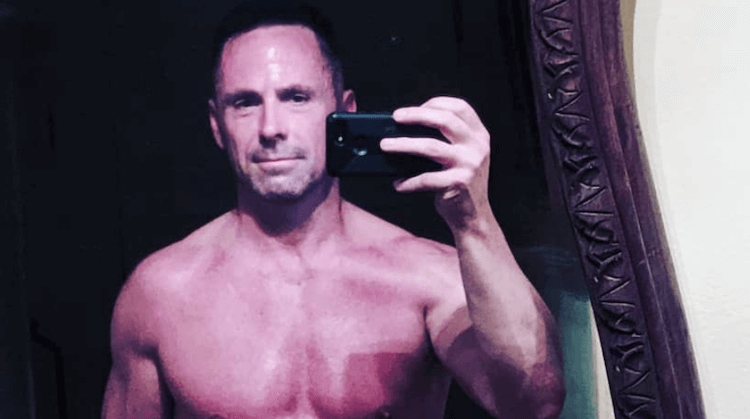 ABC ‘General Hospital’ (GH) spoilers finds that star William DeVry (Julian Jerome) is setting the record straight. While there have been several reports indicating that ‘General Hospital’ and other daytime television shows might start filming again as early as June 12th, that isn’t the case at all. Here’s what you need to know.

William posted a tweet to his social media followers that said, “Just a reminder. GH is EVENTUALLY going back to filming. Just some well intentioned , but false info out there. We don’t know when. But until it’s announced by actual GH production it’s all false info. Actors r not “production”. LOL. Pass THAT on. Xo to all. That includes u.”

Of course, it didn’t take very long for his fans to respond to his post. Quite a few of them left comments such as, “Face it. You are just in a hurry to ditch Nelle before the holidays! Ha. But it will be interesting to see how they are going to do socially distant love scenes,” along with, “Damn that must be Scorpio spreading rumors again. While giving up hair color is one thing, giving up ‘General Hospital’ is quite another!” Another fan wrote, “I hope that it will be sooner rather than later. I know that they will do what must be done to keep everyone safe. I look forward to getting more episodes whenever that is. Take care.”

With that said, the producers of ‘General Hospital’ have not made any official comments about when production will resume but we will definitely keep you updated the moment that new details come in. We’ve got our fingers crossed that it does happen sooner rather than later!

‘General Hospital’ airs weekdays on the ABC network. Check your local listings for times. Let us know what you think in the comments section below. In the meantime, don’t forget to check back right here for all the latest news, updates and spoilers on your favorite daytime television shows including The Young and the Restless, The Bold and the Beautiful, General Hospital and Days of Our Lives. Don’t forget to visit TV Rocker for all of the latest exciting news on all of your favorite daytime television soaps.

CBS ‘The Young and the Restless’ Spoilers: Here’s What Fans Can Expect Next From Lily Winters (Christel Khalil)