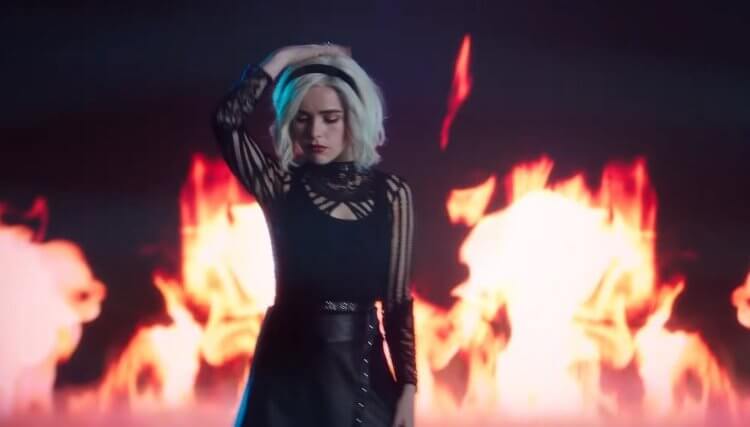 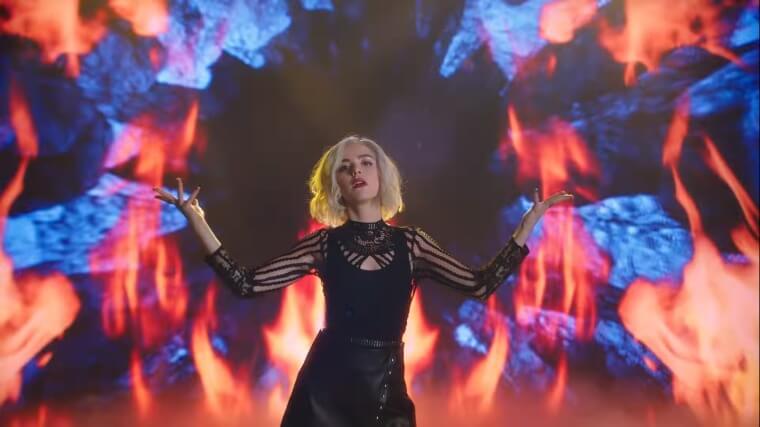 Fans of Netflix’s Chilling Adventures of Sabrina have anxiously been awaiting part 3 of the series. There have been teasers that let viewers know it was coming, and the big plot of going into Hell, but not much else. We do know that Sabrina and co. will be traveling to Hell to rescue their friend, but the lack of information we’ve gotten so far is confusing, to say the least. Now, Netflix has released another video “to promote part three”, however, it’s not what we were looking for. It seems that they felt a music video was in order. Why? We’re not sure either. What does it do to promote the show? Not much. Does it have fans questioning the decision? Yes.

Releasing a music video with the star of your show is odd, to begin with. Most viewers agree, but what’s the real issue with it? Is it the quickly shot and edited green screen video or something else? Well, a lot of people are worried that Netflix is turning their beloved Chilling Adventures of Sabrina into something else. That something else is Riverdale. Unpopularly, Riverdale slid down a slippery slope with their musical ensembles. Eventually, there were entire episodes that felt like one big music video. This left a lot of viewers questioning what they were watching. Sure, there were fans of the episodes that enjoyed the music, but those were far and few in between.

Is This Something To Get Worked Up Over?

While it’s generally the case to not get too worried about something over a promo or small video, is there something to worry about here? I’d say probably not. Over the last two parts of the show, they’ve taken the show about a high school witch and cast it into darkness. Even viewers who weren’t Sabrina fans have enjoyed the darker tone and suggested it to others. With that said, it is an odd decision to promote the third part of the show, you know, when they go back into Hell, with a poppy music video. Many were expecting an actual trailer with the release of part 3 just weeks away. It’s an odd turn for the show, but I don’t think there’s anything to worry about. The third part comes out on January 24, and we will rejoin Sabrina as she goes to rescue her boyfriend.

‘Days of Our Lives’ Spoilers: Star Eric Martsolf Admits That He Wants To Know More About The Mysterious John Aniston