ABC ‘General Hospital’ Spoilers for January 22: Joss and Michael Talk Down At The Docks 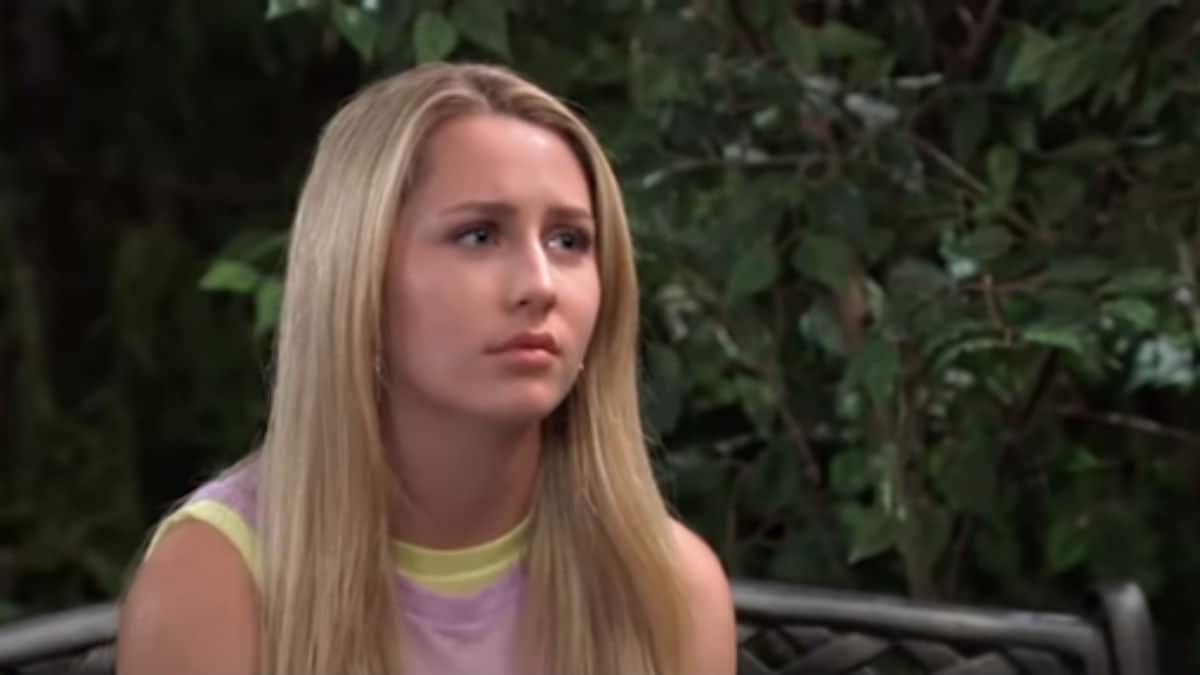 ABC ‘General Hospital’ (GH) spoilers for January 22nd, 2020 indicate that today will be a red letter day, literally! There will be not one but three different shootouts in Port Charles and they will then rewind to 2 hours before the incidents to see how they occurred. Looks like Michael Corinthos (Chad Duell) and Josslyn Jacks (Eden McCoy) will wind up at one of the shooutout locations, they will be down at the docks discussing the whole business with Nelle Benson Archer (Chloe Lanier), Joss will tell him that she thinks he’s putting his life in danger by moving Nelle into the Quartermaine mansion and that if push comes to shove and Lucas Jones (Ryan Carnes) doesn’t awaken soon that she recommends that he have Willow Tait (Katelyn MacMullen) revoke the adoption of baby Wiley Cooper-Jones (Erik and Theo Olsen).

ABC ‘General Hospital’ Spoilers for January 22: What would Lucas do?

Michael says he can’t do that that the adoption is final but Joss reminds him that he was named as Wiley’s godfather and that that means it’s his job to protect Wiley. That means standing up for him when th4 going gets tough and she remind him to please consider what Lucas would want him to do.

Meanwhile, at MetroCourt, Nelle will be having her own showdown with Carly Corinthos (Laura Wright), she has been provoking her by mentioning Jonah Corinthos’s name over and over again so she might just try it again just to see what Carly will do. Carly will tell her that her stint in jail probably isn’t through yet and that she will probably do something nutbar to land herself right back there. Carly isn’t worried one bit about Nelle, but maybe this is premature.

Sasha Gilmore (Sofia Mattson) will play listening ear to Willow as she relays her fears about Brad Cooper (Parry Shen), she will tell her that now that Lucas is out of the picture that she feels Wiley does not have a strong parental figure around. She doesn’t have that much faith in Brad and feels like without Lucas he’s truly losing it and she cannot deal with the idea of him raising little Wiley alone. It’s simply a possibility that she doesn’t want to think about. Later on she will have a run-in with Nelle and tell her that as sad as it makes her that Michael lost his son, that she’s thankful that Nelle is not a Mother and wait’ll you see Nelle’s reaction to that one.

Meanwhile Laura Webber (Genie Francis) will join Michael and the docks and they will start going over renovation plans for the waterfront before Sasha gets there and asks to talk to Michael alone. She’ll tell him that she has decided to move into the Quartermaine mansion after all to help deal with Nelle. Joss will realize she’s forgotten her journal and when she runs to go get it she will notice a gunman. When Joss gives the warning everyone scatters and when Laura changes places with someone that is when she will end up taking a bullet, but for who??? We’ll just have to see won’t we?

ABC ‘General Hospital’ Spoilers for January 22: A sad day when a mob boss can’t even hang with his bestie and his Dad

Over at a cafe in Brooklyn, bestie mobsters Sonny Corinthos (Maurice Bernard) and Jason Morgan (Steve Burton) will be chatting up a storm about mafia drama while Mike Corbin (Max Gail) channels his younger self and flirts with a waitress behind the counter. Jason will mention how he wishes he and Alan Quartermaine (Stuart Damon) could have had what he and Mike had instead of the strained relationship they had before he died. On their way out, Jason will notice a gunman right before the guy draws his weapon, Jason will draw his own and shoot first, bullets will start flying.

ABC ‘General Hospital’ Spoilers for January 22: Carly and Gladys get stuck at the warehouse

At the warehouse, Carly will take Gladys Corbin (Bonnie Burroughs) on the little tour that she requested. After handing some papers off to a worker named Tony, bullets will start flying there too. Carly will hand Gladys off to Tony while she runs for cover on her own.

Nelle's claws are planted firmly where she wants them. How will Michael react to news that she plans on living with Brad and Wiley?
An all-new #GH starts RIGHT NOW on ABC! #ChloeLanier @duelly87 pic.twitter.com/OqOdom85Vy

Meanwhile over at Crimson, when grilled about the picture of Sasha, problem child Charlotte Cassadine (Scarlet Fernandez) will tell Lulu Spencer (Emme Rylan) that Nina Reeves (Cynthia Watros) is the one behind that. Speaking of Nina she’ll be busy enjoying wine and cheese and dancing with Jasper Jacks (Ingo Rademacher) so she won’t really be paying attention to anything but their burgeoning feelings for each other. Woops!

ABC ‘General Hospital’ Spoilers for January 22: Valentin gets out of jail

Since there were no witnesses to Valentin Cassadine’s (James Patrick Stuart) attempt on Ava Jerome’s (Maura West) life, he’ll get out on bail for that. But once Lulu finds out the details she will tell Valentin that she intends on filing a restraining order to keep him away from Charlotte. Like any good Mom she is determined to keep her safe. After Lulu leaves, Valentin will talk with Martin Gray (Michael E. Knight) and Martin will tell him that Nelle has no idea that Martin is really working for Valentin and not her. Oh Valentin, will the secrets never end?

As for Ava and Nik Cassadine (Marcus Coloma) they will reach an interesting agreement regarding their marriage. While they both agree that they are just married in name only, meaning there will not be anything going on in the bedroom between them, Nikolas will demand that Ava be faithful to him. Because otherwise having a wife that sleeps around is going to make him look weak. Okay then. Obviously this is going to be a non-traditional marriage, but are there any other stipulations? Stay tuned!!!

TLC 90 Day Fiancé Spoilers: Tania Maduro and Syngin Colchester – Things Getting Worse, Not Soulmates After All?