ABC ‘General Hospital’ Spoilers: A New War Is About To Erupt Between Carly And Nelle 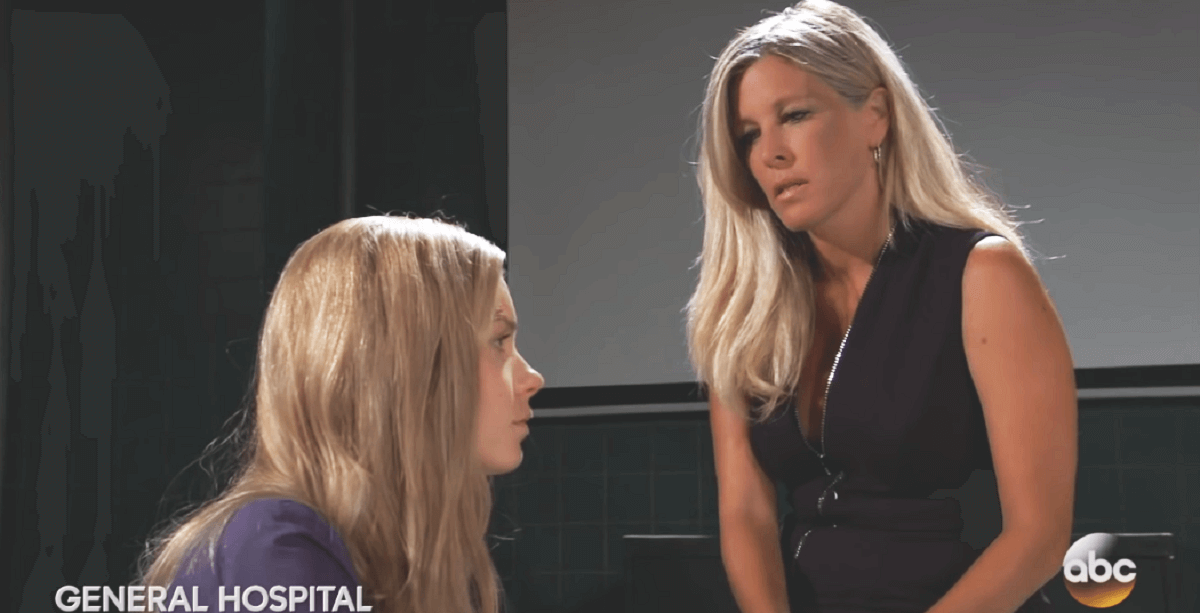 ABC ‘General Hospital’ (GH) spoilers indicate that Carly Corinthos (Laura Wright) is about to take matters into her own hands when it comes to Nelle Benson (Chloe Lanier). Not only does Carly not like the fact that Nelle is out of prison early, but that she’s also talking about sensitive things from the past, particularly the grandchild that she lost, Jonah. Or at least, the grandson that she thought she lost. Here’s what you need to know.

Little does the Corinthos family know that the baby that Nelle gave birth to is actually alive. But they think that Baby Jonah had died. Michael Corinthos (Chad Duell), of course, is presumed to be the father. However, Nelle decided to give the baby up for adoption and gave it to Brad Cooper (Parry Shen) under his new alias, Baby Wiley. The reason why she did this is because she would rather give the baby to someone unrelated than to see her child raised by the Corinthos family.

ABC ‘General Hospital’ Spoilers: A New War Is About To Erupt Between Carly And Nelle

As many fans can recall, Carly and Nelle were at loggerheads throughout Nelle’s pregnancy. Even though Carly had to swallow the fact that Nelle was carrying her future grandchild, they had a very difficult time getting along. In fact, Nelle made it look like Carly pushed her down a flight of stairs at the Quartermaine Mansion during her baby shower. Carly ended up having to pay a huge price for it, but that wasn’t the end of her troubles.

Now that Nelle is back in Port Charles though, it looks like Carly is keeping a close eye on the schemer. She doesn’t like it that Nelle has been getting so close to Baby Wiley while also bring up the past.’ General Hospital’ spoilers even tease that Carly is going to give Nelle a stern warning. “Mention Jonah one more time and see what happens,” Carly hisses.

‘General Hospital’ airs weekdays on the ABC network. Check your local listings for times. In the meantime, don’t forget to drop us a line with your thoughts in our comments section below. Also, come back to Daily Soap Dish for all the latest news, updates and spoilers on ‘Days of Our Lives’, ‘General Hospital’, ‘The Young and the Restless’ and ‘The Bold and the Beautiful’ right here. For more royal and celeb baby news, come back to Celeb Baby Laundry.

CBS ‘The Bold and the Beautiful’ Spoilers: Steffy And Liam’s New Romance Might Lead To A New Surprise