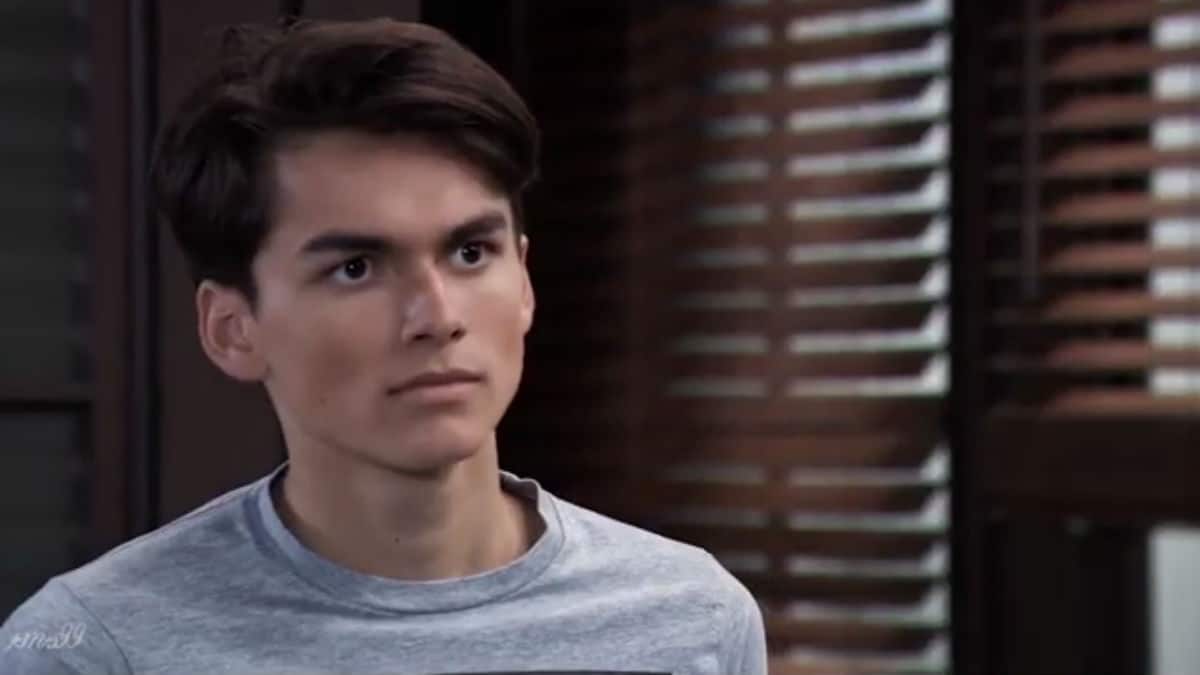 ABC ‘General Hospital’ (GH) spoilers is asking if anyone ever wondered why, when Dev Cerci (Ashton Arbab) showed up last year, that he showed up in Dante Falconeri’s (Dominic Zamprogna) and Lulu Spencer’s (Emme Rylan) house? I mean, sure he was looking for Sonny Corinthos (Maurice Bernard) and thought that his son’s house would be the best place to find him, I guess, but has anyone ever given any thought as to why he would show up at Dante’s house specifically? There’s several places Sonny could be. He could be at Dante’s house, or Jason Morgan’s (Steve Burton) house, or Michael Corinthos’s (Chad Duell) house, but logically I suppose that Dante was the one in the phonebook. (Or, was google-able, in this day and age.)

Dante is obviously programmed to take someone out. Someone or something that has not been taken out yet and that is why is programming is still very much active and why he can’t be around his friends and family right now because he’s too much of a danger to them. Dante is sort of like radioactive plutonium right now, if you leave him out chances re somebody’s going to die, but there is a reason for that and I’m wiling to bet that that reason is someone that Dante hasn’t even met yet. I am willing to bet that Dante’s target is alive and well and walking amonst Port Charles Citizens right now and that target is Dev.

There’s a reason that the WSB was backpedaling and offering to take back Dante to retrain  and deprogram him, and that is because Dev is a minor. When Dante was programmed, they did not take into account that their target could be a minor. Why would their target be a minor? Obviously, Dev wouldn’t know about any of this, but the theory is this: Dev’s Father is Raj Patel (Noshir Dalal), the Turkey Crime Boss who’s hideout that he helped Sonny break into. A couple of decades ago it was kind of popular for people to steal the identities of children, or even newborns, and run up credit cards and do other financial ruin in their name because they didn’t have any credit history to screw up and therefore it was easy. If Dev is indeed the son of a crime boss, who says that the Boss didn’t do some cyber or financial crime in Dev’s name and that got the attention of the WSB and that is why Dev was targeted.

ABC ‘General Hospital’ Spoilers: Why would a crime boss put his own son in danger?

Just because someone is a Father doesn’t necessarily mean that they’re a good father. Chances are if Raj did this then his reasoning was to get the WSB off his own back, but it also might have been his own way of ‘teaching’ his son how to do some excellent petty crime. And Dev might be pulling that off, Dev, if indeed that truly is his real name, might just be milking Sonny for his sympathy, not really out of wanting to screw Sonny over, but out of trying to get out of how his Dad screwed him over. Maybe the only option Dev has is to start a new life in the US under an assumed name. Why isn’t Raj looking for him? Who says he isn’t? But, if Dev is going by another name then he wouldn’t be looking at homeless teenagers from Turkey, he would be scanning flight lists for his own son’s name or passport. But there would also be another reason, and that reason could be twice as sinister.

You’ve heard of child soldiers, right? What if Raj weaponized his own son to come after Dante and what if that is the reason that Dev showed up in Dante’s house, looking for Sonny was just his cover story and his entire purposes was just to infiltrate Sonny’s life and his coffee business and totally blend in, sleeper-cell style, and then when he finally sees Dante again it’s his job to eliminate him? If that be the case, it could be argued that Dev could have eliminated Dante back in Turkey, but who said a crime boss ever liked taking the easy was or even the way that made the most sense? No, crime bosses are crime boss and most often, they will do the thing that causes the most damage and this plan would definitely cause the most damage. But this is all a really long, winding speculative theory. To see what truly is going down we’ll all have to stay tuned!!!

CBS ‘The Bold And The Beautiful’ Spoilers: Katrina Bowden and Sean Patrick Star In New Thriller