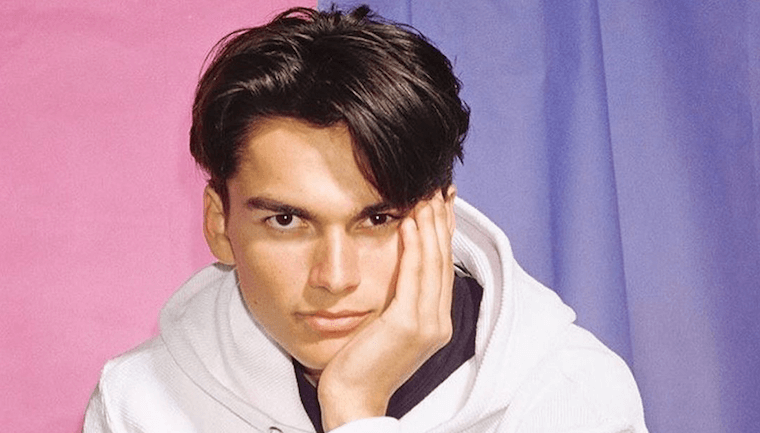 ‘General Hospital’ (GH) spoilers finds that star Ashton Arab (Dev Cerci) is opening up about his screen character. While Dev is definitely a character that many people are paying attention to, he’s also someone that has plenty of secrets. And while there are some people like Carly Corinthos (Laura Wright) and Jax Jasper (Ingo Rademacher) who are worried about Dev’s influence on their daughter Josslyn Jacks (Eden McCoy), Ashton says that Dev isn’t what people believe him to be. In other words, don’t judge a book by it’s cover!

“Dev adds a good contrast to the mix because he’s seen bad things that Joss, Cam, and Trina haven’t. They go through really hard things… but they’re all pretty privileged and sheltered because they come from wealth and such nice families.”

Dev Cerci also adds that his character might not be as well off as his new Port Charles friends, but what he lacks in foundation, he makes up with maturity and experience. Plus, there’s more to him than the front that he is putting up.

“He’s only 16, but he’s seen a lot that most people in Port Charles probably haven’t,” Dev further explained. “He puts on this suave, bad-boy persona because that’s how he’s grown up. He’s very slick with what he says and does… but on the inside, he has a lot of heart.”

And while Dev might look like he has good intentions from the outside, there’s a strong possibility that sooner or later what he is trying to uncover will see the light of day. As a matter of fact, ‘General Hospital’ spoilers even tease that Josslyn Jacks is definitely on his tail! Needless to say, fans will have to tune in to find out what will happen next!

In the meantime, let us know what you think by leaving us a line with your thoughts in our comments section below. And as always, come back to Daily Soap Dish for all the latest news on Days of Our Lives, The Bold and the Beautiful, The Young and the Restless and of course, General Hospital, too! For more royal and celeb baby news, come back to Celeb Baby Laundry.

‘Days of Our Lives’ Spoilers: Wally Kurth Returns To DOOL As Justin Kiriakis – What You Need To Know!

‘Bold and the Beautiful’ Spoilers: Brooke VS Shauna Turns Into Old Fashioned Cat Fight, Battle For Ridge Gets Violent!