TLC Welcome To Plathville: Who is Hosanna Plath and Why Wasn’t She On the Show? 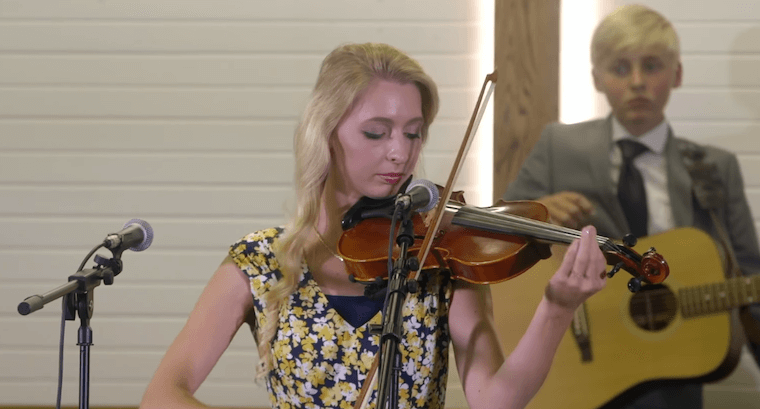 On TLC’s new hit show, Welcome to Plathville, we met Kim and Barry Plath and their children. They live in South Georgia on a huge farm. The children have been home schooled and banned from technology. There is one of the Plath children that was missing on the show though. Hosanna Plath.

TLC Welcome to Plathville: Who Is Hosanna Plath?

We have seen many of the Plath children on Welcome to Plathville, but Hosanna is one we have not seen or heard much about. She did appear on the pilot episode, but so far that is the only time we have seen her. She is the oldest daughter, Moriah being the second oldest. Hosanna lives in Ohio with her husband, Timothy Noble. The two of them are musicians that have been trained classically and they are currently on tour.

TLC Welcome to Plathville: Who is Hosanna Plath and Why Wasn’t She On the Show?

The duo plays all over the world and is known as “The Singing Pianist and Violinist Duo”. Hosanna plays the violin and Timothy sings and plays the piano. These two met in 2016 when they were attending the National Quartet Convention and they were married in 2019. They have recorded three albums and a Christmas album called Glory to the Newborn King. Hosanna is very intelligent too! She was given a full scholarship to attend college at Florida State University, but she turned it down. She wanted to play the violin instead, so she focused all of her efforts and energy on that. We can say that she made a great choice by doing so. She has been so busy on her tour with Timothy.

Many of the rumors that have been going around about Hosanna is that she is part of the reason for such a rift in the family. The other Plath children see her as the violin prodigy and when she and Timothy moved to Ohio, the family was torn apart. We are not quite sure of these rumors are true, but we do know that she helped to teach all of the Plath children to play their own musical instruments. Now they play them in the Plath family church band. Will we see more of Hosanna in the future? We cannot be sure yet if there will be a season two of Welcome to Plathville, but we can only imagine that Hosanna and Timothy will continue to stay busy with their touring and musical careers. We do hope to see more of her though.