Netflix’s Official Trailer For ‘The App’ Chills You To The Bone – Tinder From Hell! 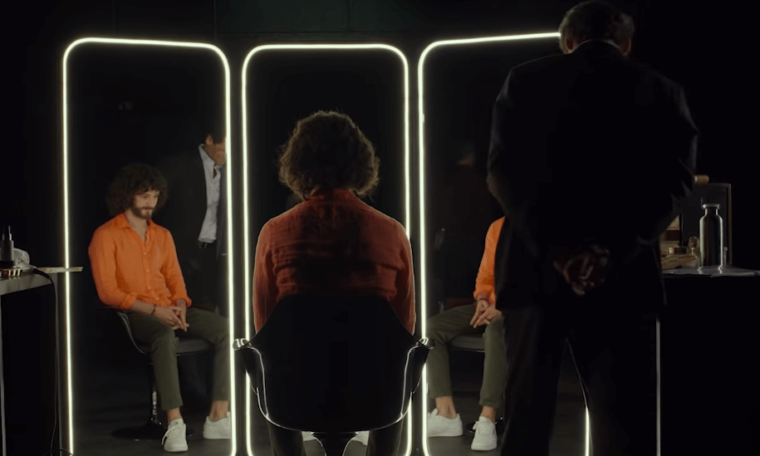 A new Netflix original film, The App, releases this month! On December 26, you will receive a late gift. Don’t even attempt to Google this movie. You’ll be lost for hours as you sift through pages of Netflix’s application for mobile phones. Next to being nearly impossible to search for, it is also a foreign language film, spoken in Italian and subtitled in English. While it is hard to find much information on the new film, the trailer still paints a terrifying and scary picture.

Netflix’s Official Trailer For ‘The App’ – A Social Commentary?

While social commentary and issues have been a prime source for music, film, and novels, could The App be drawing attention to a very important issue? It’s no question that in the world of today, everyone is consumed with their phones. The small LCD screens hold information about everything in the world. They can answer any question. They can locate your position on Earth. Your phone can even find someone 20 miles away for sexual encounters.

Are the creators of The App pushing the very real issue into the film? The App is about, well, an app. In the application, you can find people for relationships, close or near, long or short or even with your existing partner. It draws eerie similarities between apps today, like Tinder and Grindr. It’s called “Us” and is described as “the dating app for people already in a relationship”.

In the film, Nick (Vincenzo Crea) is shooting his very first film in Rome. Away from his girlfriend, he uses the app to find a partner close by. Even his girlfriend is aware of it! Things soon take a turn to bad, however, as the woman he meets suddenly develops an unhealthy obsession with him. She constantly calls him, follows him and even begins to harass him. Whose at fault though? Are we just going to ignore Nick’s actions?

The film is playing on this generations (in particular) complete lack of love and honor. Where you can be in a relationship but have a “side chick”. While it’s disgusting to most of us, there is still a large group of people who are pushing for this.

Whether this is the aim of the film director or not, it can’t help but go unnoticed.

Netflix’s Official Trailer For ‘The App’ – The Trailer

Aside from the potential commentary for a moment, the trailer for The App looks very well made. The style and particularly the direction stick out. The color grading, framed shots and acting all stand out in the film and make it that much more terrifying. It feels real! It feels like this can and has actually happened. To be honest, it wouldn’t be surprising if it has.

The App stars Vincenzo Crea (Nick), Jessica Cressy, and Greta Scarano. You can check out the trailer in the video below. The App releases on Netflix, December 26th. I’d describe it as, The Crush meets cell phones. Check it out!