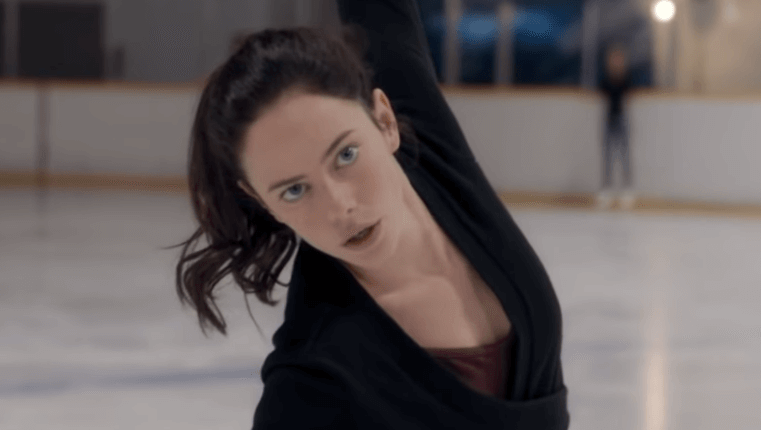 A new Netflix series is on its way New Years Day, so don’t stay out too late or have some Tylenol ready because you’re not going to want to miss the release of Spinning Out. Kat Baker is set on making it back to the ice rink. In Spinning Out, Kat has been through it all. A terrible, near-death injury on the ice almost made it so she would never skate again. She sports a terrible scar that constantly reminds her. Now, she’s going to face her deepest fear, to go back out on the ice and do what she does best.

According to a summary on IMDB, Spinning Out follows ice skater Kat Baker, “After a fall nearly ends her career, an up-and-coming, single skater seizes an opportunity to continue as a pair skater with a talented bad-boy partner, she risks exposing a fiercely kept secret that could unravel her entire life.” In the official trailer released by Netflix today, we get familiar with Kat and her friend Marcus (Mitchell Edwards) as she navigates through her challenge to get back onto the ice, even seeing her nasty scar from the accident. Check it out below.

New Netflix Series ‘Spinning Out’ – What We Know So Far

Spinning Out will start out with a ten-episode season and features a stellar cast. Kaya Scodelario stars as Kat Baker, who you may recognize as Teresa from the Maze Runner series. Mitchell Edwards (The First Purge) joins as her friend Marcus and will be accompanied by January Jones (X-Men: First Class), Will Kemp (Reign) and Evan Roderick (Arrow). As Kat begins her journey back to the big leagues she will be forced to team up with a partner, Justin (Evan Roderick). They’re told that to win they will have to be elegant, perfect and sexy. Justin appears to be a sexual deviant and is constantly trying to get into Kat’s pants. We can expect him to constantly pressure Kat into terrible things. She will not only have to battle her own fear of falling but balance her friendship with Marcus while spending so much time with Justin. Suspecting that Kat is not in a good way, Marcus confronts Justin about letting her be and threatens that if he ever drops her or hurts her, he’ll have to deal with him. For Kat to achieve her dreams, she’ll have to go through Justin and possibly lose everything she has with Marcus. Spinning Out will be a drama you won’t want to miss. You can check it out New Years Day!