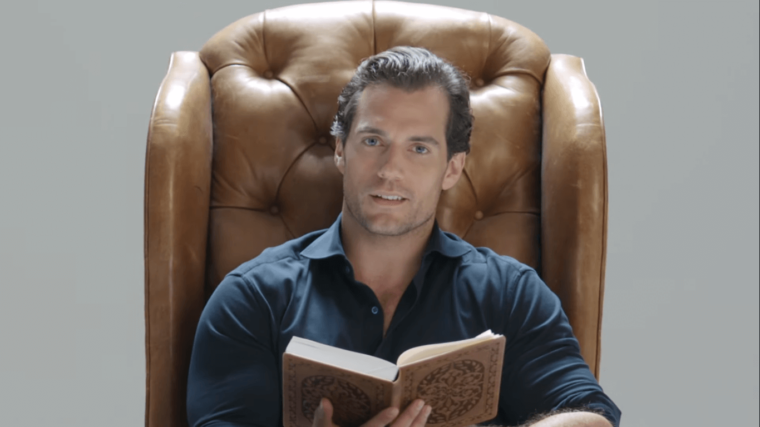 Is there anything Henry Cavill can’t do? Netflix released the video on their YouTube channel today, featuring Geralt of Rivia himself reading from the novel. In the video, Henry is seated upon a brilliant, brown leather chair, a glass of scotch at his side. Elegant, and perfect. Henry Cavill looks directly into the camera as he picks up the novel, ‘The Last Wish’, the first book of The Witcher series.

As he reads aloud the first few pages of the novel, he completely exudes excitement over the story. His soft, grisly voice reads over each word with fluidity. You can tell he is a fan of the novel, and he has publicly stated such.

Henry Cavill Reads From ‘The Witcher’ Novel – ‘The Last Wish’

You can watch the five-minute video below as he reads through ‘The Last Wish‘ and Netflix cuts together clips from their new series that perfectly fit. Whether or not Netflix will continue to release these videos, I’m not sure. That would take up a lot of videos unless they cut it all into one.

With that said, the comments on the video are flooded with fan requests. Everyone wanting Henry Cavill to do an audiobook of the series, and how much they would pay for the thing. I cannot argue. We all would love to listen to his voice read the novels. I absolutely would pay for the audiobook. Netflix, if you’re listening, make this a thing!

The Witcher releases this month, December 20th! If you haven’t read the novels, you definitely need to give them a chance. You could presumably get through at least the first book by next week and be prepared. Maybe you could call Henry up and have him read them to you. It all depends on your connections I guess.

Get ready to follow Geralt of Rivia through a wild adventure. Follow his destiny that leads to Princess Cirilla and witness Cavill’s first-rate performance of the witcher.

TLC ’90 Day Fiancé’ Spoilers: Anna – Could There Have Been Domestic Problems With Her Ex-Husband?