‘General Hospital’ Spoilers: Carly Calls The Calvary While Brad Has A Pity Party 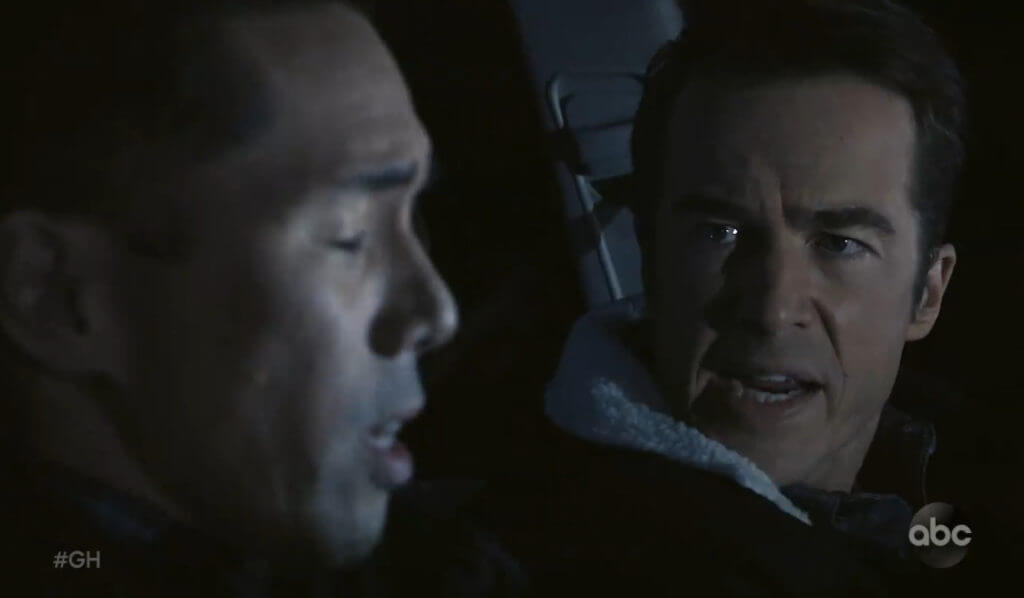 ‘General Hospital’ (GH) Spoilers for December 5th, 2019 indicate that poor Brad Cooper (Parry Shen) is laid up and feeling awfully sorry for himself. Lucas Jones (Ryan Carnes) is currently in a medically induced coma due to the accident they were in, the accident that Julian Jerome (William deVry) had arranged because he thought Brad was going to be driving home alone but instead Lucas was the one driving and ended up getting the brunt of the impact, leaving him in a coma after surgery. Brad doesn’t know this part, but he is currently living with the guilt that maybe dropping the bomb about little Wiley Cooper Jones wasn’t the best idea and that’s what blew Lucas’s concentration.

While he can’t exactly tell everyone what went down with the baby revelation but he may just tell Sonny Corinthos (Maurice Bernard) that Brad had come home early in order to work things out. He’ll probably feel like if he hadn’t been keeping secrets in the first place, then Brad wouldn’t have scheduled himself to work and they could have already been at Carly Corinthos’ (Laura Wright) Thanksgiving dinner and none of this would have ever happened. We know about Julian’s plan to murder Brad, but he doesn’t. Still, I think we can all agree on the fact that none of this needed to happen.

Fortunately for those two, Carly will be calling the calvary in this week in the form of Dr. Griffin Munro! (Matt Cohen). Michael Corinthos (Chad Duell) will be rather shocked when Detective Harrison Chase (Josh Swickard) suggests to him that someone may have sabotaged Brad’s car on purpose. Julian better look out because it’s only a matter of time before Chase comes knocking at his door, he’s previously raised some red flags with Chase before but now Chase might actually have reason to bring him in.

Looks like WIllow’s body needs to make up its mind. Willow suspected she was pregnant, took a test and while everyone was waiting with baited breath as it turns out – she’s not?! It looks like for now, it’ll just be a false alarm so I guess that’s a breath of fresh air for Willow – for now! Over at Pentonville, Nelle Benson (Chloe Lanier) will be receiving a new cellmate, and that unlucky person is Sam McCall (Kelly Monaco), Nelle will gleefully continue to push her buttons after she tells her that they should catch up. At least until they hear about Brad and Lucas’s crash and that should sober them both up for awhile.

Nina Reeves (Cynthia Watros) will have her hands full trying to comfort Ava Jerome (Maura West) over at Shadybrook, It seems she just saw Nikolas Cassadine (Marcus Coloma) who played the worst mind games with her ever. He made sure that she was given special drugs and even managed to convince her that poor Kiki Jerome (Haley Erin) was in hell with him! By the end of it all, Ava was a crumpled mess on the floor and who can blame her? That was awful!  Nina will wonder who on earth told her that Kiki was in hell

‘General Hospital’ Spoilers: Nina’s discovery and Jax is learning the hard way not to trust a loose cannon

While Nik wanted Ava to keep mum about their little visit, she’ll probably end up confessing to Nina anyway. Nina will think she really has cracked until she sees the Cassadine ring that Nik dropped. Meanwhile Jasper Jax (Ingo Rademacher) will be furious at Nik’s rash of bad decisions! First with the staged attack of Hayden Barnes (Rebecca Budig) and now this horrific attack on Nina? Seems Jax is learning a nasty lesson the hard way. He’ll wonder just what he got himself into. Stay tuned!!!